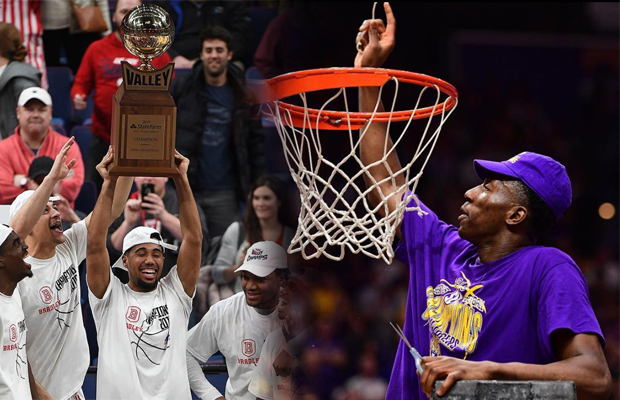 Four teams featuring British players will be representing in the men’s NCAA tournament, as March Madness prepares for tip off this week.

Kavell Bigby-Williams of LSU, Dwayne Lautier-Ogunleye of Bradley, Aaron Menzies of Saint Mary’s and Shaquille Walters with Northeastern will by flying the flag in the 68 team knock-out tournament that receives global attention.

It marks a return for Bigby-Williams, though this time with a different team, as he will suit up with LSU, having transferred after going to the Final Four with Oregon in 2017.

LSU enter the tournament as a third seed, having gone 26-6 on the season and claiming the SEC title, to face off against Yale on Thursday night. The 6’11” Bigby-Williams is averaging 7.9 points, 6.6 rebounds, 1.9 blocks on 64.2% shooting.

DLO and Bradley go in as underdogs against Michigan State on Thursday, as the former GB Under-20 is averaging 8.6 points, 5.4 rebounds and 2.2 assists per game on 41.2% shooting.

Meanwhile, the final two Brits in the tournament; Aaron Menzies with Saint Mary’s and Shaquille Walters with Northeastern, will be unable to suit up due to injury.

Menzies has been out the entire season after hand surgery following his transfer as a post-grad from Seattle, whilst Walters has an injured wrist that saw him be shut down early in the season and apply for a medical redshirt.

There will be five Brits in the Women’s tournament; find out more who made it here.

If you’re in the UK and Europe, you can watch the entire NCAA tournament live and on demand at ESPN Player, beginning on Tuesday 19 March and running through five rounds, covering 67 games in three weeks and culminating with the National Championship game on the night of Monday 8 April. It is also available on BT Sport.