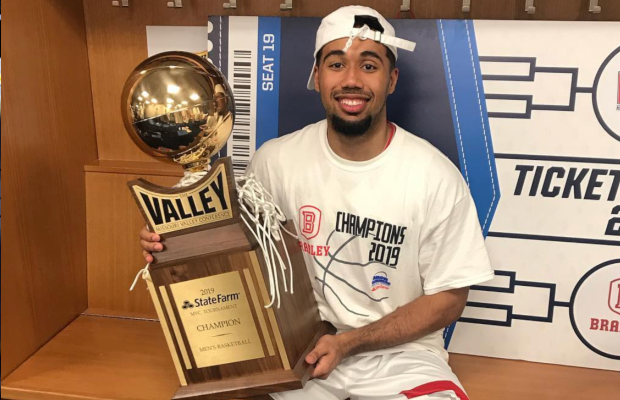 Dwayne Lautier-Ogunleye is heading to the Big Dance with Bradley after they won the Missouri Valley Conference (MVC) title for the first time in 31 years.

The Braves – who were the fifth seeds in the post-season tourney – toppled No.6 seeded Northern Iowa with a 57-54 victory having come from 18 points down to back up their win over the top seeds in the previous round.

DLO finished with 13 points along with six rebounds and three assists in 35 minutes including 8 of 8 from the foul line to help his side advance to the NCAA Tournament for the first time since 2006.

Bradley erases the 18-point deficit to defeat UNI 57-54 in the MVC Championship, punching its ticket to the Big Dance! 🎟 pic.twitter.com/1r3hRZweqF