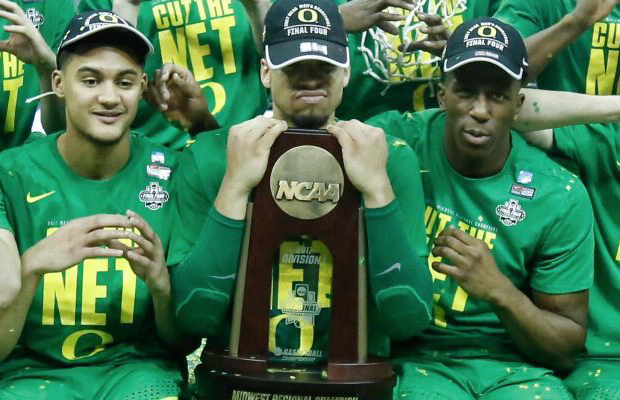 Kavell Bigby-Williams is heading to the Final Four after Oregon defeated Kansas on Saturday.

The junior forward becomes the third Brit to make the Final Four of the NCAA Tournament following on from Karl Brown (Georgia Tech – 1990) and Luol Deng (Duke – 2004).

It marks the first Final Four appearance for Oregon since they won the tournament back in 1939.

Bigby-Williams saw eight minutes of action in which time he picked up a point, a rebound and an assist.

Oregon opened the tournament with a 93-77 win against Iona before edging past Rhode Island 75-72 followed by an even closer 69-68 success over Michigan.

The Ducks will face either North Carolina or Kentucky at the University of Phoenix Stadium next Saturday.