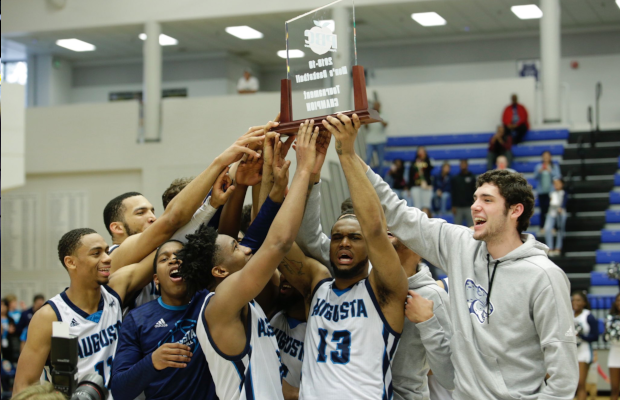 The former GB Under-20 makes league history by becoming the first player to earn both honours in the same season, while he also headlines the All-Conference First Team.

Williams averaged 15.6 points and 9.1 rebounds per game along with a conference-best of 63 blocks as he becomes the second Jaguar to receive the DPOY award.

Augusta won the regular season championship before advancing to the NCAA Division II Tournament with victory in the PBC tournament as they defeated USC Aiken Pacers 93-86 for their fifth title in school history as Williams posted 23 points and 11 rebounds.

They enter as the second seeds in the Southeast region and will face Francis Marion University in their opening game.