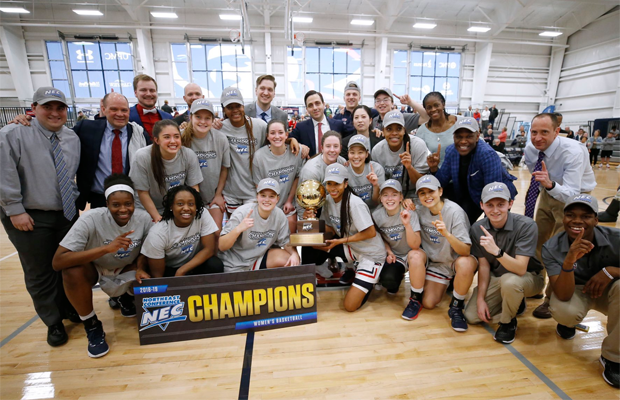 There will be no less than five British players suiting up in the Women’s NCAA Tournament tipping off this week.

Wilkinson and Florida State (23-8) enter the tournament as a five seed, and will face the 12th seeded Bucknell Bison (28-5) in the first round Friday, March 22. Wilkinson is averaging 3.3 points and 4.5 rebounds so far in her Freshman season.

Cheridene Green and Tennessee (19-12) continued its streak of making every NCAA Tournament in the event’s history, just, earning a no. 11 seed to face sixth-seeded UCLA on Saturday. The Senior from London is averaging 9.1 points and 7.6 rebounds on 54.9% shooting.

Ire Ozzy-Momodu helped Robert Morris (22-10) win the NEC title, entering the Big Dance as a no.16 seed, giving RMU their sixth trip to the NCAA Tournament, and third in the last four years. They face off against no.1 Louisville on Friday. Ozzy-Momodu is averaging 6.6 points and 6.6 rebounds on 57.6% shooting.

Emily Stradling and no.15 Mercer (25-7) won the Southern Conference title to get an automatic bid, and will take on no. 2 Iowa on Friday. Minutes have been hard to come by for the Welsh guard in her Freshman year.

Finally, Walton and Portland State (25-7) won the Big Sky tournament title to book their spot, only their second ever visit to the NCAA Tournament (last making it in 2010), going in as a no.15 to face off against powerhouse no.2 Oregon Ducks. However, Walton has not played all season.

If you’re in the UK and Europe, you can watch the entire NCAA tournament live and on demand at ESPN Player, beginning on Tuesday 19 March and running through five rounds, covering 67 games in three weeks and culminating with the National Championship game on the night of Sunday 7 April.