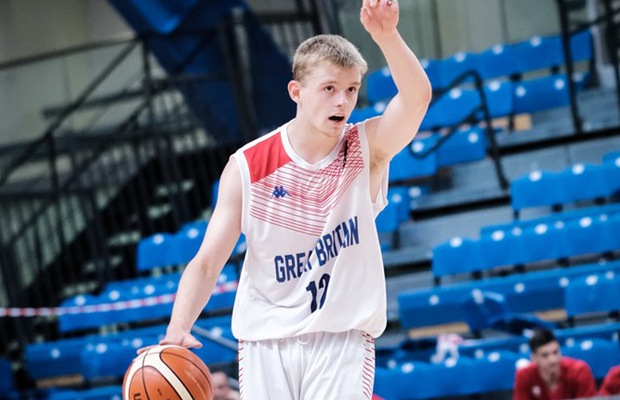 Great Britain Under-18 Jacob Round has made his ACB debut with Fuenlabrada after signing with the club in 2016.

Round went scoreless in 90 seconds, missing his only three-point attempt, but suited up alongside GB Senior player Dan Clark – who finished with 12 points in the 76-60 victory over San Sebastian Gipuzkoa Basket.

Round was loaned out to CB Tormes – who are linked with Fuenlabrada as their development team – this season, competing in LEB Silver, Spain’s third division, but could get further ACB opportunities should Fuenlabrada need him.

Round averaged 5.5 points, 1.5 rebounds and 2.2 assists with GB this summer, helping the U18s retaining their Division A status.

Round becomes the fourth Brit playing in the ACB this season, joining Clark, Ovie Soko, and Luke Nelson, whilst Spain is hosting a number of other British junior internationals at various clubs, with Matt Marsh having signed with Barcelona this season, Kareem Queeley at Real Madrid and Tomiwa Sulaiman and Segun Shodunke at the Canterbury Academy.