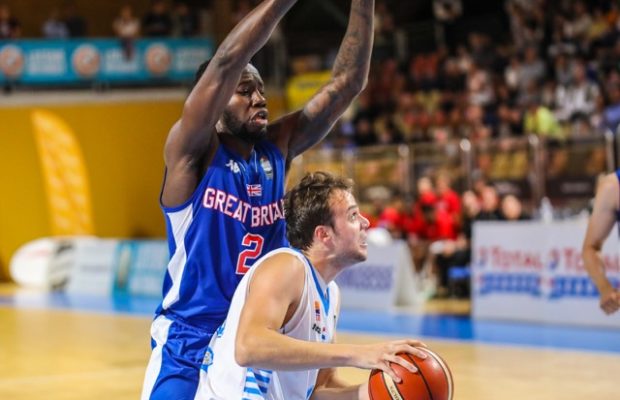 Great Britain Senior Men extended their winning run to seven games for the first time as they eased to a 93-65 success against Luxembourg, on Wednesday evening.

Nate Reinking’s side were already assured of their place in the EuroBasket 2021 Qualifiers, but rounded out their third round campaign with a 4-0 record at the top of Group H.

Luke Nelson led a balanced scoring effort with 17 points with Ashley Hamilton and Jacob Round – 4 of 6 shooting from 3-point range on debut – added 12 points apiece.

Captain Myles Hesson finished with eight points, nine rebounds and four assists with 11 of the 12 players onto the scoresheet.

GB jumped out to a 15-2 start with a combined 13 points from Nelson and Hamilton – who exploded to the rim for a two-handed throwdown. Eric Boateng and Mo Soluade set the tone on the defensive end with Conner Washington knocking down a three as the lead hit 24-10 after 10 minutes.

Gareth Murray and Dwayne Lautier-Ogunleye followed suit from downtown at the start of the second with GB in full flow on the offensive end as they turned on the style.

Teddy Okereafor threw up perfectly timed lobs on consecutive possessions with Hesson and Rob Gilchrist the grateful recipients as the gap ballooned to 27 points at 41-14 midway through the second period. The hosts had no answer and Okereafor went from provider to scorer with a late three as GB headed into half-time up 50-24.

The big plays kept coming when play resumed; Hamilton with the emphatic one-handed putback to clean up the acrobatic re-arranged miss from Nelson, who had a huge block from behind at the other end.

Round – who impressed with a 30-point haul for the U20s this summer – checked in for his first minutes on his senior debut and made an instant impact with a three with his first touch. And, the Hoopsfix All-Star Classic alumni added two more triples, helping GB lead 77-42 at the end of the third.

The game was long done and GB were able to see out a convincing victory, despite losing the final quarter, 23-16.