The Future of British Basketball - BBF vs HCAs: Everything You Need to Know - Hoopsfix.com

Support
Home / Administration / The Future of British Basketball – BBF vs HCAs: Everything You Need to Know

The Future of British Basketball – BBF vs HCAs: Everything You Need to Know 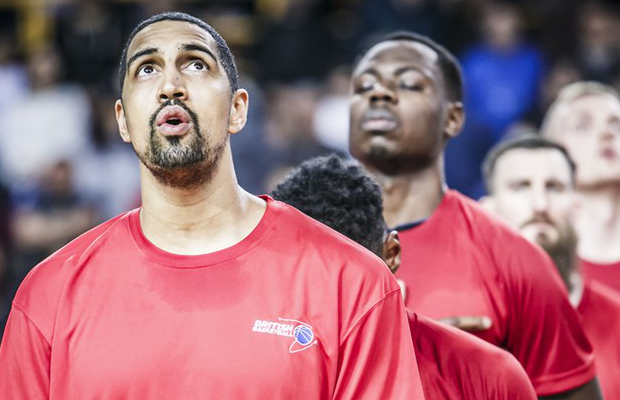 We are reliably informed that the BBF have since updated their proposal from the version used in this article. Their latest proposal put forward to the HCAs has the following amendments:

– A reduction in their membership fee levied to the HCAs, down to approximately £145K per annum (from £295K in original proposal)

– In addition, CEO Lisa Wainwright has offered to work pro bono until commercial revenue is generated

The updated proposal has also been rejected by the HCAs, as both parties remain in a stalemate

Below is the original article in full:
——–

Things have come to a head for the future of British basketball over the past few weeks, as relations between the British Basketball Federation (BBF) and the Home Country Associations (HCAs) have gone from bad to worse.

With the two (or four, depending on how you want to look at it) sides being unable to come to an agreement on how to move the sport forward – a pre-condition to access a ring-fenced £305,000 bailout provided by the government last month – we look at what the issues are and what both sides are proposing, for you to make your own mind up.

With things so bad that the players have now been forced to speak out, as things currently stand, it is clear that it is the sport that is losing out.

It was December 2006 that the modern-day British Basketball organisation was formed, when London won the 2012 Olympic bid.

Aware that as a host-nation, Great Britain would need a Senior team to compete, the organisation was created with the remit of focusing on the elite end of the sport – fielding Senior Men and Women’s team, along with Under-20 sides. It would be the first time there had been an official Great Britain basketball team since 1992.

With countries normally only allowed to be represented as one body during FIBA tournaments, FIBA gave GB and the HCAs special dispensation to allow GB teams to co-exist alongside the home nations on the international stage, with GB representing at Seniors and U20s, and home nations at U18, and U16 level.

The home nation teams would continued to be funded as they’ve always been, meanwhile, GB were funded via UK Sport, the government’s elite sport funding body. It meant there were no disputes over money, as all sides had different sources of income and were able to survive without needing to co-operate.

But when, post-2012, performance on the court did not meet expectations for the GB teams (targets that were mutually agreed by the BBF and UK Sport), funding was pulled, as UK Sport reverted to their ‘no compromise’ approach; funding medal hopes only.

The GB body has managed to keep its head above water, predominantly with last minute government bail outs, ever since.

Things got even more complicated when in October 2016, GB’s special dispensation with FIBA to have both GB and home nation teams expired. The home nations agreed (with strong encouragement from FIBA) that the BBF will become the official FIBA member, meaning all teams will be represented as Great Britain moving forward.

This ultimately put the sport in a tough situation; the body that has no money, and no membership is the official FIBA member, meanwhile, the home nations, who have the government funding and membership, are separate from the BBF.

The BBF has leverage from being the officially recognised FIBA member, meanwhile the HCAs have leverage from actually having income sources.

Totalling up all funding awards and bailouts, British Basketball has now received over £15million in public funding since its inception in 2006, and is yet to have found a way to raise commercial income or become self-sustainable; it is this that has led the HCAs to become wary of serving up yet another handout without plans for sustainability.

Ironically, it is the HCAs that developed and chose the BBF model but despite this, the two have always been run almost entirely independent of one another. It has led to an ‘us vs them’ mentality, and all parties haven’t been forced to find a way to co-operate with each other; up until now.

With the BBF having urgently needed to come up with money to complete the upcoming FIBA World Cup Qualifying Window, UK Sport and the Department for Digital, Culture, Media and Sport (DCMS) confirmed additional funding to be routed through the high performance agency last month.

This included an investment of £195,000 to ensure GB athletes can compete in the current window, but then a further £305,000 that was ring-fenced to enable the GB men’s and women’s senior teams to fulfil international competition commitments in 2018/19; with it only being released if British Basketball can demonstrate a sustainable financial plan moving forward.

This includes the sport agreeing an effective governance structure, including ongoing compliance with the Code for Sports Governance, and production of commercially sustainable financial plans; it is here where the HCAs and BBF are unable to come to an agreement, putting the package at risk.

With the plan needing to be presented to the Performance Team at UK Sport in a formal meeting expected to happen at the end of July, time is of the essence.

Each of the sides’ proposals, now both seen by Hoopsfix, have their pros and cons. Below, we look to summarise what each party wants, and some pros and cons of each approach.

Key Points
– HCA Chairs to join BBF board, with BBL able to present at some board meetings as an observer

– BBF closes up London office, co-locates with BBL in Leicester

– BBF and BBL, along with HCAs (if agreeable) will agree to one single commercial lead for basketball

– Should the above points all be met, BBF anticipates a £140k per annum surplus, allowing them to run at a loss in year 2 and keeping cash balance positive

Pros
– The BBF wants there to be a single commercial lead for the entirety of the sport; national teams, home nations, and the BBL – this no doubt provides a more appealing proposition to potential commercial partners

– Only way HCAs believe they can afford membership levy to BBF is to pass it on to their members, meaning an increase in HCA annual membership fees (which notably are very cheap anyway)

– BBF anticipating raising £350K in commercial income is incredibly unlikely based on previous performance. If they do not raise the £350K, the programme will run at a £472,000 loss in 2019/20

– BBF proposal seems insular, with focus on working with the BBL and not HCAs – keeping current status quo of separation between BBF and HCAs

Key Points
– HCAs advocating for closer working together of all HCAs and BBF, including BBL, WBBL and Wheelchair basketball

– BBF to co-locate with BBL in Leicester, sharing services and reducing office costs to £0

– Total BBF salaries and expenses budgeted at £67,500 per year

Pros
– Gets rid of BBF bloated staff and associated salaries (which are not small). Higher percentage of expenditure being spent on-court, as opposed to off-court ‘core expenditure’

– Advocates for closer alignment of BBF and home nations, something BBF proposal missing

– Reduction in spending of £110,000 on Senior programmes is not insignificant. Sources close to the teams say this will not be sufficient to field a competitive programme; proposal shows a lack of understanding for elite-level basketball as focus is around cost-cutting.

– £145,000 membership levy for BBF is not guaranteed, if it isn’t provided, it means even further reductions in budgets for programmes

Would you be willing to increase your membership fee by £10 to @bballengland/@basketballscot/@BasketballWales if it meant keeping @gbbasketball running as it currently does?

In the HCAs joint statement released on Wednesday, they admitted the two sides were still very far apart. Looking at the two proposals, that is very clear.

As an objective observer with no axe to grind except wanting what is in the best interest of the sport, it is clear to me that both proposals are not good enough. If I’m the HCAs, I’m rejecting the BBF proposal, if I’m the BBF, I’m rejecting the HCAs proposal.

It is perhaps a sign of who we have at the negotiating table when both BBF and HCAs proposals factor in £15,000 in contributions from junior national team players to represent their country, whilst having over-paid Senior members of staff (we’ve highlighted the BBF salary bill in this, but at least one of the HCAs’ own salary total is also large). Is basketball being put first here?

It is more important than ever that the ‘leaders’ of our sport; who are scheduled to meet again this Thursday, compromise, and put together an alternative vision to move our game forward – one that has the actual game at front and centre.