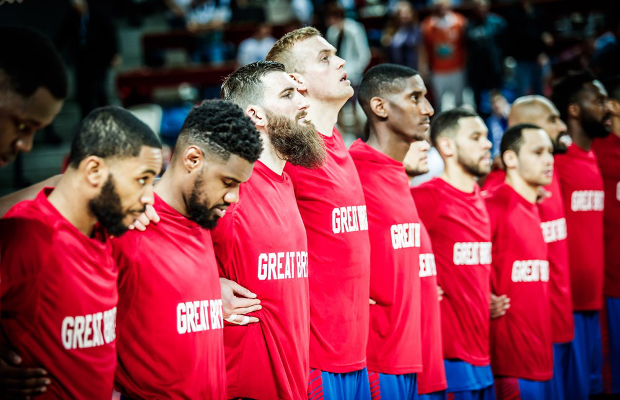 The political in-fighting between the British Basketball Federation (BBF) and home nations continues to worsen as the recent financial bailout from UK Sport is now at risk, with all parties being unable to come to an agreement on how best to spend the money.

As first reported by Mark Woods in the i, the BBF’s initial proposal – which aligns the performance federation operationally and commercially with the BBL to share resource – has been rejected by the home nations, who do not believe it to be sustainable or in the best interests of the sport.

The BBF proposal includes the three home country associations handing over a £295,000 annual levy, in addition to £150,000 which Sport England has ordered Basketball England to spend on the junior national teams*, whilst also estimates the BBF can raise £300,000 in commercial income over the next 12 months to make the numbers add up.

The Chairs of the three home nations have all refused to join the BBF board, instead, assimilating a counter-plan, that would effectively see Basketball England take over the running of the BBF on a ‘shoe-string budget’ said a source close to the negotiations, with reduced staffing, cutting camp and preparation times, and appointing a part-time general secretary.

The home nations believe that the BBF’s estimation of raising £300,000 in commercial income unrealistic based on previous history, and wanting to retain the current staffing structure with associated salaries, unnecessary.

Another source, tired of the perception the home nations are to blame, told Hoopsfix: “having no GB team doesn’t serve the home nations at all, but neither does supporting a model that has no sustainability and future.”

Ed Warner, Interim Chair of the BBF, who came in to the sport to try and resolve the in-fighting, told Hoopsfix:

“I’ve only been involved in the sport for a few weeks, and in that short time I’ve been shocked at the disrespect for GB teams found in some quarters. The lack of ambition shown by senior figures in the home country associations for the future of the GB teams is a big disappointment.

“The government’s £500,000 lifeline has given us a wonderful opportunity for all parties to work together to create a successful future and I am amazed at the resistance to that I’ve seen so far.”

And though the BBF are not in agreement with the home nations’ counter-plan being the best way forward, the accusations that British Basketball run an organisation without fiduciary responsibility are not unfounded.

British Basketball has now received over £15million in public funding, predominantly to run just the Senior and U20 programmes since its inception in 2006, with critics arguing there is little to show for it, as the body has shown an inability to raise commercial income or become self-sustainable.

With the BBF having urgently needed to come up with money to complete the upcoming FIBA World Cup Qualifying Window, UK Sport and the Department for Digital, Culture, Media and Sport (DCMS) confirmed additional funding to be routed through the high performance agency last month.

This included an investment of £195,000 to ensure GB athletes can compete in the current window, but then a further £305,000 that was ring-fenced to enable the GB men’s and women’s senior teams to fulfil international competition commitments in 2018/19; with it only being released if British Basketball can demonstrate a sustainable financial plan moving forward.

This includes the sport agreeing an effective governance structure, including ongoing compliance with the Code for Sports Governance, and production of commercially sustainable financial plans; it is here where the sport is unable to come to an agreement, putting the package at risk.

With the plan needing to be presented to the Performance Team at UK Sport in a formal meeting expected to happen at the end of July, time is of the essence, but the 4 sides are appearing farther apart than ever, with one high-ranking staff member telling Hoopsfix the relationship is getting ‘increasingly ugly’ and another saying there is ‘zero trust’ between all parties.

However, the home nations, in particular Basketball England, are publicly refuting the claims they are the ones being difficult and remain positive a solution can still be found.

“Over the past year Basketball England has been working with the HCAs (home country associations), the BBL, Sport England and UK Sport to find a sustainable solution as well as providing a great deal of practical support,” BE Chair Clare Wardle told Hoopsfix. “We are confident that together we will find a solution.”

basketballscotland, told Hoopsfix they remain in discussions with the BBF to find a long-term sustainable solution but will not be commenting further so that focus during International Windows remains on court.

Meanwhile, Basketball Wales said they are not in a position to comment at the moment.

GB players are expected speak out publicly on the situation on Monday following the World Cup 2019 qualifying game against Israel in Glasgow.

*UPDATE: This £150,000 was in fact not ordered to be paid to the BBF by Sport England, but a choice made by Basketball England of their own free will.