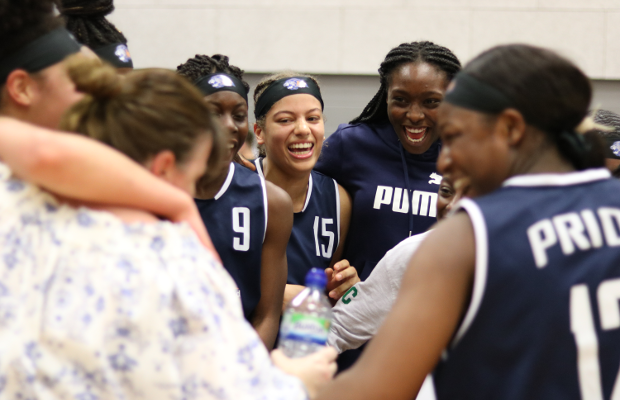 Southwark Pride were crowned Under-18 National champions after beating Charnwood Riders 53-40 in the final.

“If I could give advice to any aspiring coach, get a good culture. If you have that, your team will find a way to get the basketball down.

“It’s never over until it’s over and you’ve got to keep grinding and pushing. The team did that today and I’m really proud.”

In the semi-finals, Charnwood defeated Manchester 53-32 after holding their opponents to 11% shooting with Rebecca Morrison scoring a game-high nine points, while four team-mates added seven.

Southwark advanced to the final with a 58-45 success against Haringey behind a combined 36 points from Maya Hyacienth and Haines. Sevenoaks Suns claimed the Under-16 title with a convincing 60-44 victory over Haringey Angels, in the final.

Asha Andrews was named MVP after leading the Suns to the win with 18 points along with five rebounds and five assists.

Sevenoaks took control of the game with a 22-7 third period to set the platform for the win as they defeated last year’s champions.

“It was a tough game, which is what we expected,” said Suns’ Head Coach Kapil Kumar. “The key thing was to focus, we needed to be great defensively.

“We learned from [the semi-final], worked as a five on defence and did fantastic. It was spot on.”

Ipswich finished third following a 69-58 triumph over Sheffield Hatters in the third/fourth playoff.

In the semi-finals, Sevenoaks had overcome Ipswich in a 68-58 success, despite 22 points, 13 rebounds and six assists from GB junior international, Esther Little.

Haringey had booked their place in the final once again as they saw off Sheffield, 54-45. Simona Henshaw posted 14 points and 20 rebounds with Shanice Flitton also adding a double-double with 14 points and 15 boards. Oaklands Wolves beat London Youngblood Lions 73-57 to win the Under-14 title with Onyi Okoye named MVP with 19 points and 19 rebounds.

Tinu Fakunle had 19 points and 27 rebounds in defeat for the London side as the final quarter proved costly with Oaklands taking it 25-9.

Previously, in the last four, Oaklands defeated Sheffield 82-68 and London earned a 64-54 success over Richmond to set up a final showdown.