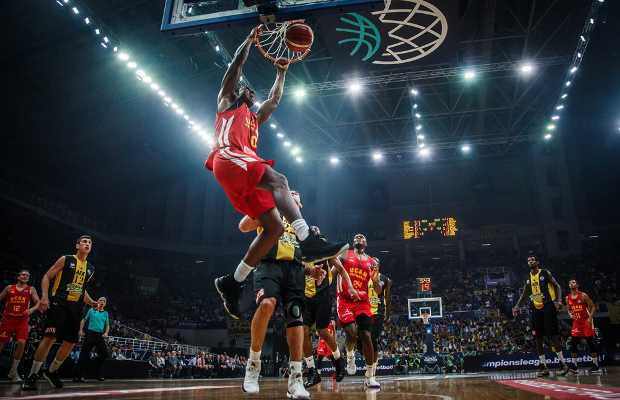 Ovie Soko was rewarded for his impressive performances in the Basketball Champions League with a place in the Star Lineup – the team of the season.

The GB forward led UCAM Murcia with 12.9 points and 7.3 rebounds per outing across 17 appearances with another team best of a 13.5 efficiency rating.

Soko had 12 points and 8 rebounds in his side’s narrow 77-75 defeat against the Final Four hosts, AEK Athens – and also produced the play of the game.

The Star Lineup was determined by an equal split of votes from the fans, media and coaches from the 32 teams.

Soko and Murcia finish their BCL campaign with the 3rd/4th place playoff against Ludwigsburg – who are without Justin Sears following his season-ending injury – before Athens take on Monaco in the final.