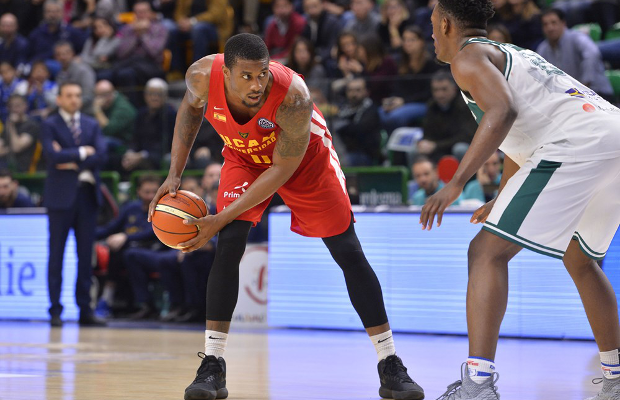 Ovie Soko helped lead UCAM Murcia into the quarter-finals of the Basketball Champions League as they knocked out the defending champions.

The GB forward finished with 7 points, 8 rebounds and 5 steals in a 72-83 road victory in an all-Spanish battle.

Murcia had suffered a 66-71 loss at home in the first leg last week against Iberostar Tenerife but advance with an overall 143-149 triumph.

Soko averaged 13.2 points, 7.6 rebounds and 1.5 assists per game during the regular season with a best of 27 points against EWE Baskets Oldenburg in an 85-65 victory in January.

Murcia set up a showdown with Pinar Karsiyaka having lost to the same opponents twice during the group phase in which they ended up 7-7 in Group A.

Meanwhile, Justin Sears – who made his GB Senior debut last summer – is also into the last eight with Ludwigsburg as they next face fellow German side medi Bayreuth.

The quarter-finals also take place over two legs before the Final Four is drawn in April.