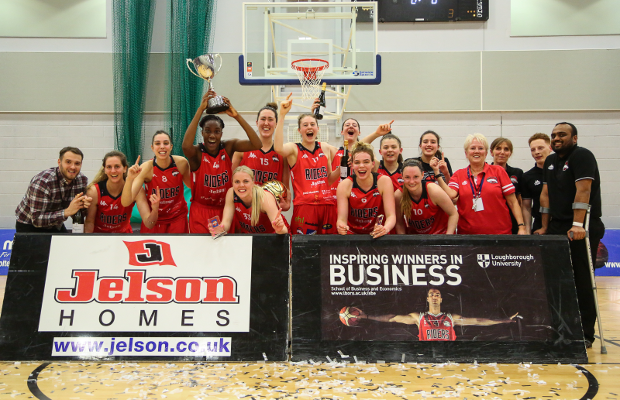 The Riders had lost to the Suns in the 2017 final, but came out on top in the repeat with the two teams now set for a WBBL Championship title showdown in the coming weeks.

Kate Oliver picked up MVP honours after finishing with 20 points, nine rebounds and five assists in the win, while GB junior international Holly Winterburn had 16 points including 3 of 5 shooting from 3-point range.

Leicester edged an entertaining opening period 23-21 and then took control in the second as they doubled on their opponents with a 24-12 quarter to establish a 14-point advantage at the half-time break.

However, they were held to just a single basket in the opening eight and a half minutes in the third before Dee Hayward connected with back-to-back threes to help restore a double-digit advantage.

Suns went into the fourth trailing 55-45, but started with a 6-0 run to make it a four-point game.

Erin McGarrachan broke a near five-minute drought for the Riders in the final period and the final was still evenly poised at 59-53 with four minutes left.

Then, up stepped Winterburn with a pivotal spell of eight points in 75 seconds and she would add a late free throw to ice the game, finishing with a personal 9-0 run to seal the victory.

Cat Carr led the Suns with 26 points as they fell at the final hurdle of defending their title.