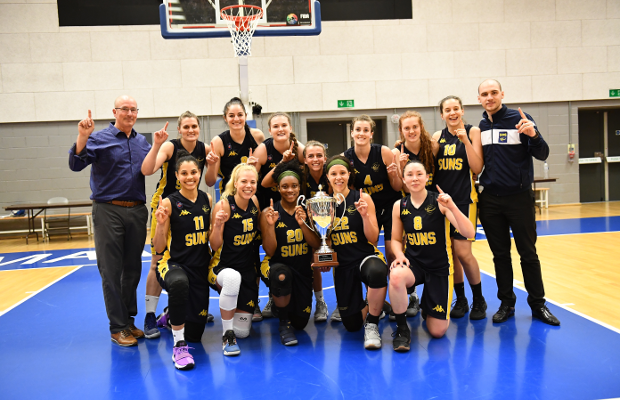 Sevenoaks Suns won the WBBL Championship title for the first time after victory in their final game of the regular season.

Len Busch’s side entered the final round of fixtures with an identical 18-1 record with Leicester Riders, but had the crucial head-to-head courtesy of their two meetings earlier in the season.

Suns just needed to match whatever the Riders did, but had the chance to complete a memorable league season and did so with a 44-57 success away at Manchester Mystics. Cat Carr – a strong candidate for MVP – finished with 11 points, 14 rebounds and 9 assists in the win, while Ta’Yani Clark led the way with 16 points.

Sevenoaks won all nine games away from home – including a 64-74 victory over Leicester in October – with their only league defeat coming in a 61-65 loss against the Riders in February.

They head into the post-season as the number 1 seeds and also the defending champions having prevailed in last year’s final at The O2.