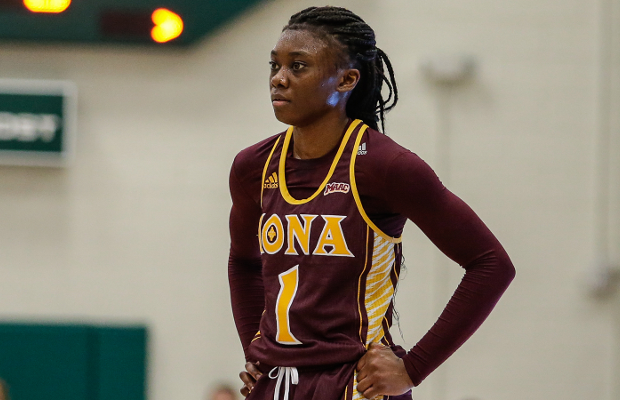 Toyosi Abiola has been rewarded for an impressive freshman year after being voted as the unanimous Metro Atlantic Athletic Conference (MAAC) Rookie of the Year.

The former WEABL Player of the Year claimed the Conference’s Rookie of the Week award a remarkable nine times during the season to pave the way for the annual accolade.

Abiola averaged 11.8 points per game having started all 30 games for Iona during the 2017-18 campaign.

A season-high of 21 points came against Canisius at the start of 2018 with Abiola also averaging 2.7 rebounds and 1.4 assists per game in 34.6 minutes per game.

Iona fell to Manhattan in their opener in the MAAC Tournament as they finish 2-28 on the season.

Highlights of an impressive freshman year at Iona for @toyosi_abiola – named to the All-MAAC Rookie Team! (via @IonaWBB) 🇬🇧🏀 pic.twitter.com/UtGrcbv3u4