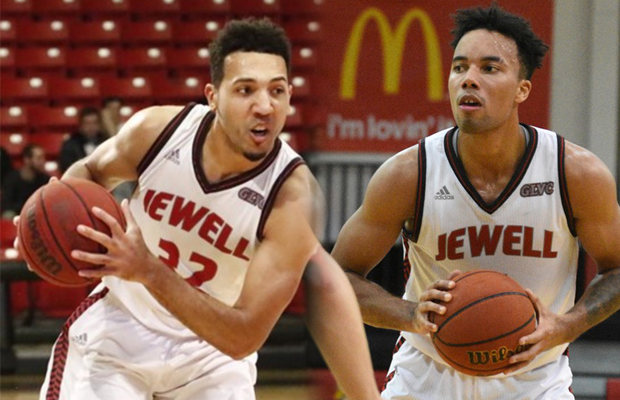 Whelan, who the school say ‘will go down as one of the best players to ever wear the Cardinal uniform’, earns his second career postseason honour after making the All-GLVC second team and All-Defensive team last season.

In his final go around he averaged 18.2 points per game, which was fourth in the GLVC, to go along with 5.3 rebounds, and 2.0 assists. He leads the league with 2.9 three point field goals per game and was seventh with a 38.5 percent clip from behind the arc.

Despite being just 6’4 and a guard, Gordon erupted into a double-double machine posting 13 on the season which is third in the GLVC and 16th nationally.

In total, he pulled down 296 rebounds during the regular season which is 12th in Division II, including 256 on the defensive end (9.1 per game) which is second in the nation and second all-time in a single season at Jewell.

Gordon closed the regular season with a double-double in five of his final six games and pulled down 20, 13, 13, 17, and 13 rebounds during that stretch. His 20 rebound game versus Truman State was only four shy of a 62 year old record.

On the season, Gordon averaged 14.5 points and 10.6 rebounds, making him one of only three players to average a double-double in the GLVC, while also dishing out 2.8 assists, and leading the team with 50 steals.