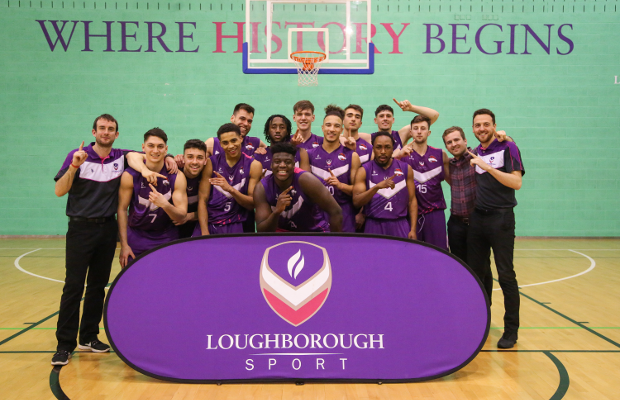 Loughborough Student Riders held their nerve on the final day of the 2017-18 regular season to be crowned NBL Division 1 champions.

Mark Jarram’s side defeated Manchester Magic 79-75 to edge out Solent Kestrels for the title with both sides finishing on a 20-4 record.

The squad is made up of a number of young British players as they achieve a similar feat to that of Kent Crusaders when they won the D1 title back in 2015.

“What an achievement,” declared Jarram. “This group is so special and unique. We have found ways to win and it is so amazing to do it with pretty much an U21 team, full time students. It has been a rollercoaster season but I love these guys and the time and attention they give to me, the programme and each other.

“In just our second season in this league it involves so many people within the team and behind the scenes in order to achieve something like this and I appreciate all the players and staff that came before this moment to help work towards it.

“We’ll enjoy this as you never know when it might come around again, we’ll breathe and then get ready for the playoffs.”

Loughborough have the head-to-head over Solent despite suffering a 95-82 loss in February having won the first meeting 86-67 at home back in November.

Their last league loss came against Reading at the end of February as they closed out their campaign with seven straight victories in March.

In Sunday’s decisive triumph – the Riders had four players in double figures with Reis Pinnock leading the way with 18 points, 6 rebounds and 5 assists, while Alex Roberts and Sesan Russell both added 16 points apiece.

Loughborough will face Manchester again in the first round of the playoffs.