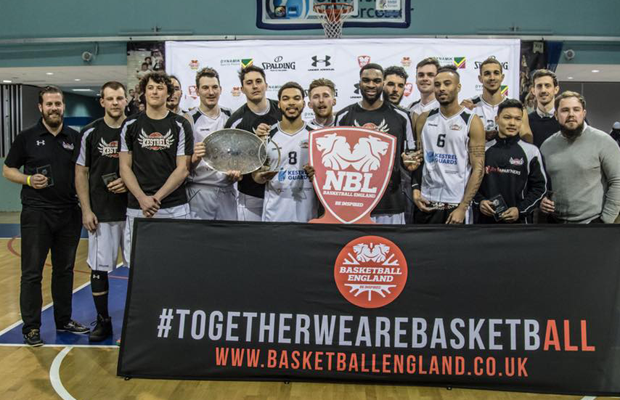 Herman Senor II claimed MVP honours with 26 points, 5 rebounds, and 11 assists, as Solent jumped out to a 15-0 lead to open the game which they would not give up the rest of the way.

“It was a great team win,” Senor said. “Our fast start sparked us and from then it was just managing our lead. We got contributions from many people in all aspects of the game. The energy of our fans and bench made for a great atmosphere.

“We’ve been playing good basketball and winning the final allowed us to have something to show for that. We will use this as more motivation to go after the regular season and playoff titles.”

“I’m so proud of our guys performance today. The focus, passion & heart they had from the opening tip shows how much this one meant to them.

“Even though we had a great start it was only matter of time before Northumbria were going to start chipping away at the lead. In the third quarter we struggled to respond to their adjustments, but credit to our guys as we were able to keep enough distance to secure the win.

“We had a number of standout individual performances but this was truly a team effort that couldn’t be achieved without the fantastic support of our club, fans & sponsors.”

Northumbria mounted a second half comeback, getting it to single digits in the third and then in the fourth but Kestrels responded every time.

After Blayne Freckleton hit a three to pull Northumbria within 7, Tayo Oyefusi drew a foul, knocked down a free throw, before converting a four-point play and then coming up with a big block at the other end to restore Solent’s cushion to 12 with less than four minutes to play as they rolled to victory.

Northumbria were led by 25 points from Malcolm Smith, 19 from Blayne Freckleton and 15 off the bench for Atif Russell.