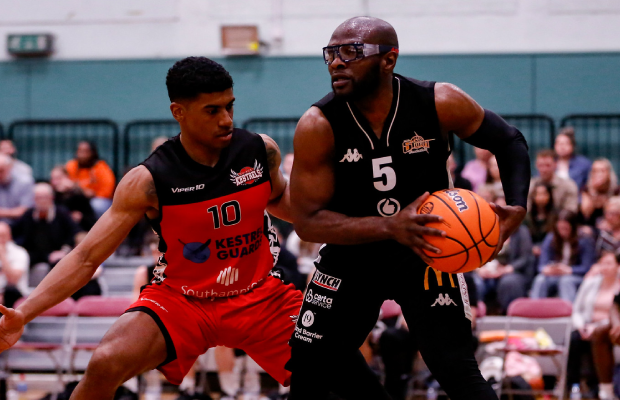 Solent Kestrels and Hemel Storm will go head-to-head to decide the NBL Division 1 playoffs title for the second year in a row.

The league champions defeated Nottingham Hoods 104-80 to advance to another final with Hemel knocking out second-seeded Thames Valley Cavaliers with a 78-91 victory away from home.

Solent poured in 60 points in the first half as they took a commanding 20-point lead into the break and they went on to complete a convincing victory behind a balanced scoring effort.

Orlan Jackman top scored with 18 points on 6-of-9 shooting off the bench with Cole Gentry adding 17 points, while Brendan Okoronkwo weighed in with 16 points, seven assists and four steals. For the Hoods, Mo Williams put up 27 points and 10 rebounds in the defeat.

Meanwhile, Hemel overturned a half-time deficit as they pulled clear to beat TVC by 13 on the road as three starters combined for 69 points in the win.

Tyler Johnson fired in a game-high 29 points in a full 40-minute effort with Greg Poleon posting 22 points along with 10 rebounds and three blocks and Sam Newman adding 18 points and four assists.

The hosts were led by Hakeem Sylla’s 23 points and nine rebounds as they had led by as many as 10 in the contest before the Storm outscored them 53-37 in the second half to advance to the final.

The final showdown takes place on Sunday 24th April at the NBPC in Manchester with the NBL Division 2 and Division 3 finals set for the previous day.