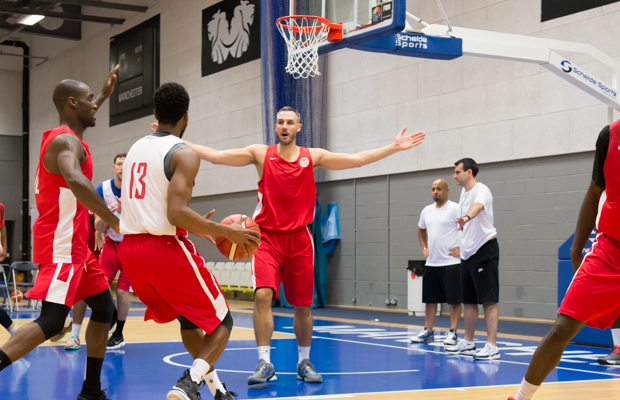 Andreas Kapoulas has cut the England Senior Men’s squad down to 17 following their first camp in Manchester last week.

“The standard has been very high, the effort has been outstanding,” said Head Coach Andreas Kapoulas. “The whole camp was about a first introduction to the programme leading up to the Commonwealth Games and getting to know each other. Guys wanted to get better through the whole process, very unselfish in the way they did things and it was a real pleasure to work with them.”

Andy Thomson added: “You can see the intensity, high energy, it’s good to see that kind of thing. It’s still early on in the process, but as we carry on we’ll all get a lot better. It’s an honour to have been here.”

The next camp takes place in February before Kapoulas finalises his 12-man squad for the Commonwealth Games in the Gold Coast.