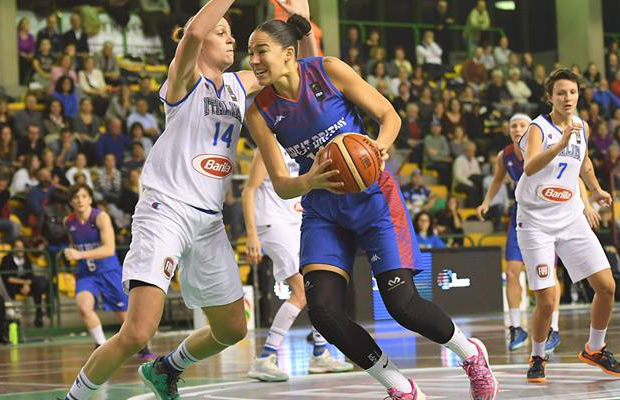 Azania Stewart is heading to Latvia next season after signing for EuroCup Women side TTT Riga for the 2017-18 campaign.

Stewart has been a long-standing member of the GB Senior side having competed at the 2012 Olympics and represented the National Team this summer in a tournament in Belarus.

The 28-year-old has also played in Australia and Hungary professionally having finished her college career at the University of Florida.

Riga went 11-1 in the LSBL last season and won the playoffs final with an 82-61 victory over Catz.

They will compete in the 2017-18 edition of EuroCup Women where they have been drawn alongside Besitkas, Olympiacos and Gorzów Wielkopolski in Group A.