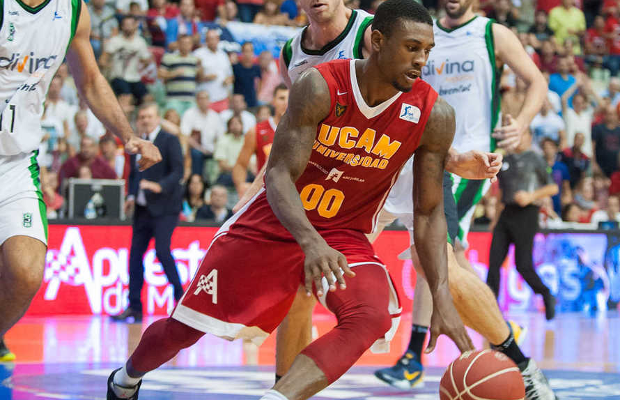 Ovie Soko will be returning for another season in Spain after agreeing a new deal with UCAM Murcia, the club announced today.

The GB forward was hampered by injury during the 2016-17 season, averaging 6.3 points and 3.2 rebounds in just nine games in the top-flight, whilst also competing in the EuroCup.

Soko also played with GB team-mate Dan Clark for the latter part of the season with the duo combining for 19 points in a victory in March.

The 26-year-old scored a competition best of 15 points in a EuroCup encounter against Bayern Munich with his side advancing to the Top 16 before being eliminated.

Murcia will compete in the Basketball Champions League next season – one of 24 teams confirmed to start in the Regular Season.

That could see Soko go up against compatriot Myles Hesson with the Birmingham native having signed for BCL participants Nanterre.