GB U18s Edged Out by Hosts in Prep Tournament Opener 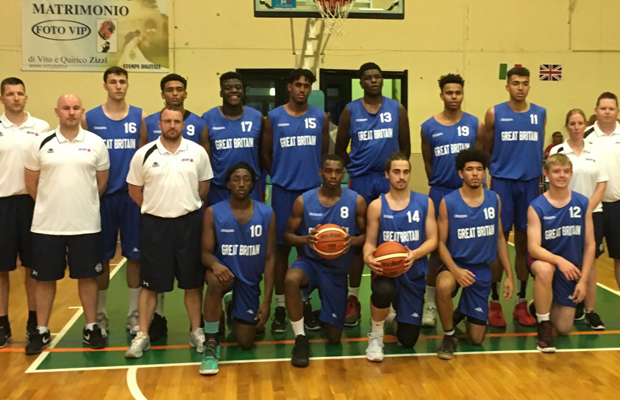 Great Britain’s Under-18’s suffered a 58-50 loss at the hands of tournament hosts, Italy, in Cisternino, on Sunday evening.

Alan Keane recently cut his squad to 16 players with Ashley Barrett-Briggs, Kayne Henry-McCalla, Callan Low and Adria Amabilino-Perez not included in the 12 that travelled to southern Italy.

Jacob Round was the leading scorer in the contest for the visitors with nine points, while Hosana Kitenge and Caleb Fuller added eight and seven points respectively.

“We finally get to really see what we can do, what we can improve and how much synergy we have. Defensively we did relatively well and showed potential to be very good. Offence is a different story, but that is expected after only two camps.

“We will continue to develop key areas, challenge and support all players. Most importantly right now, we need to be patient but relentless with our process.”

GB were within a single point at 45-44 in the final quarter after an 11-0 start to the fourth, but fell short following a strong finish from the hosts.

After a positive 2-6 start, GB found themselves trailing 17-14 at the end of the first and the gap would be doubled going into half-time at 30-24.

GB were then held to just nine points in the third period as the Italians once again doubled their advantage to a 45-33 lead. A rallying start to the final period brought GB back within a single point, but were unable to take the lead and a 13-6 close ensured Italy prevailed as the victors.

You can re-watch the game here.

GB U18 Squad in Italy

GB U18s are back in action today against Ukraine at 5pm local time.