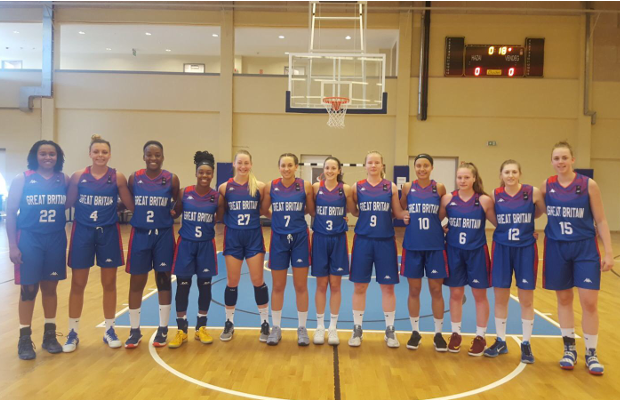 Great Britain’s Under-20’s were beaten twice by Hungary over the weekend as they stepped up their preparations ahead of the European Championships.

Chema Buceta’s side – who also travel to Greece – lost 60-32 in their first competitive outing on Saturday before going down 94-65 the following day.

The 12-player squad for the Euros in Israel was confirmed before the trip to Hungary with two more prep games scheduled prior to the tournament opener next Saturday.

GB failed to recover from a slow start as their first game together ended in defeat.

The visitors were then held to just six points in the third quarter before producing a positive finish by edging the final period 9-10.

Captain Georgia Gayle had a game-high 11 points in the loss before missing the second game.

Taylor/Davies/Norton/Gayle/George were the GB starters.

Hungary got off to another strong start on Sunday and soon opened up a double-digit advantage in the second as they went on to lead 46-33 at half-time.

GB had already surpassed their overall points total from 24 hours earlier and began to close the gap in the third period before a 19-4 close put the game out of reach.

The visitors made a bright start to the fourth, but Hungary scored 17 points over the final five minutes for a more convincing winning margin.

Gabby Nikitinaite top scored with 12 points, while Millie Stevens added 11 points on 4-of-4 shooting from inside the arc.

GB U20s are scheduled to be taking on Greece in two games on Tuesday and Wednesday (both at 5pm UK time) as they complete their preparations this week.