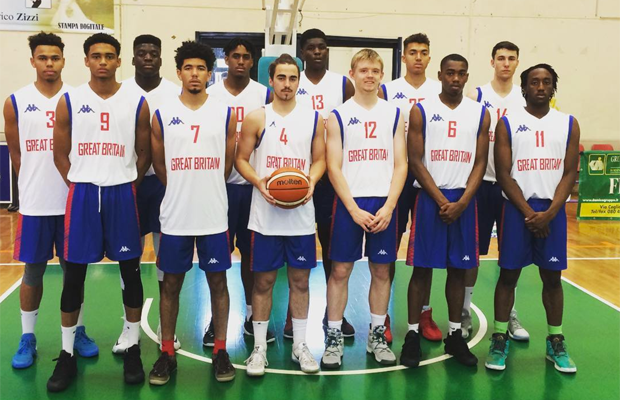 Great Britain’s Under-18’s recorded their first win of the new programme after beating Ukraine 68-58 in Cisternino, Italy on Monday.

Alan Keane’s side had pushed the prep tournament hosts close on Sunday evening before bouncing back to topple Division A opposition.

“Holding two Division A teams to 58 points is a positive sign for our guys,” Keane commented post-game.

“We have good quickness, length and intelligence. After two games we are pleased with our ability to disrupt teams and control the pace and tempo of the game for long periods.

“We still have a lot to develop and improve which will come with more time. However, the intent, passion and pride to play for GB has shone through brightly from all players.

“Israel will give us a different challenge tomorrow which will only contribute to the experiences we need in order to grow.”

Jacob Round netted five triples in a 19-point haul that was matched by Caleb Fuller as they combined for over half of GB’s points.

GB had a narrow 17-14 advantage at the end of the opening quarter before pouring in 25 points in the second to establish a commanding 42-24 lead at the half.

A tighter third quarter saw the gap reduced, and despite losing the final quarter 14-20, GB were still able to record a double-digit winning margin.

GB out-rebounded their opponents 39-30 and improved their free-throw shooting with 21-of-26 successful attempts.

You can re-watch the game in two parts here and here.

GB close out the prep tournament in Italy with their third and final game tomorrow against Israel at 10am UK time.