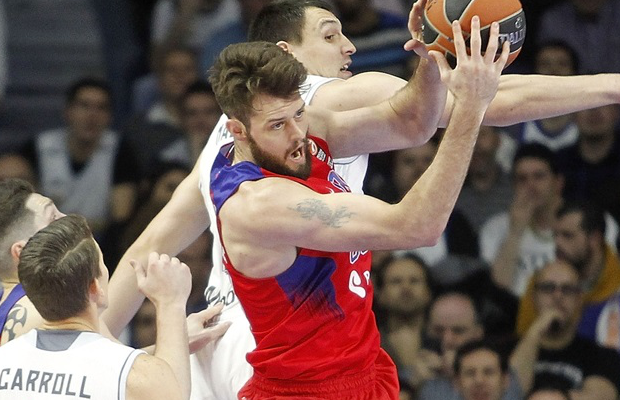 Joel Freeland took to the court for the first time at the EuroLeague Final Four weekend in Istanbul as CSKA Moscow secured a third placed finish.

The GB forward went 1-of-2 from the line and collected two rebounds in three minutes of action as the Russian side defeated Real Madrid 94-70 having lost 82-78 to Olympiacos on Friday.

Freeland did not play in the semi-final defeat and averaged 4.9 minutes in 15 appearances in the competition in another injury hit season for the former NBA forward.


Last season, CSKA were crowned EuroLeague champions, but fell short of this year’s Championship game and their attention now turns to the VTB playoffs – where Freeland is averaging 5.3 points and 3.2 rebounds per game.

The 30-year-old had 13 points on 5-of-5 shooting from the field to help CSKA complete a 3-0 series sweep in the first round of the playoffs earlier this month.

CSKA finished with a 22-2 record in the regular season and now take on Lokomotiv Moscow in the semi-finals with Zenit or Khimki potentially awaiting in the Finals.