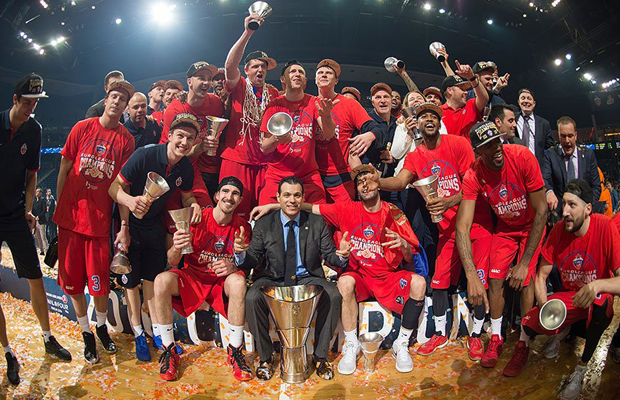 Joel Freeland has become the first British player to win a Euroleague title after his CSKA Moscow side defeated Fenerbahce 101-96 in the Championship game in Berlin on Sunday.

Freeland only ended up playing 12 games this season due to injury, and was shut down for good at the end of April, but was still crowned a champion with the rest of the team.

The former Portland Trailblazers big man played the last three games of the regular season and then also played in the Top 16 until Round 12 against Brose Baskets Bamberg where he re-injured his shoulder. In his 12 appearances this season, Freeland averaged 6.8 points and 4.4 rebounds.

Andy Betts is the only other Brit to play in a Euroleague Final Four, playing in his first one with Fortitudo Bologna in 1999, but losing in the semifinals. Six years after that, he was part of arguably the biggest upset this century, when Tau Ceramica toppled semifinal opponent CSKA Moscow, who had a 17-1 record and were hosting the 2005 Final Four. Betts and Tau fell short in the title game against double-champion Maccabi that year.

CSKA won their first Euroleague title since 2008 and seventh overall.