England Under-16 Squad of 17 to Advance to GB Selection Camp - Hoopsfix.com 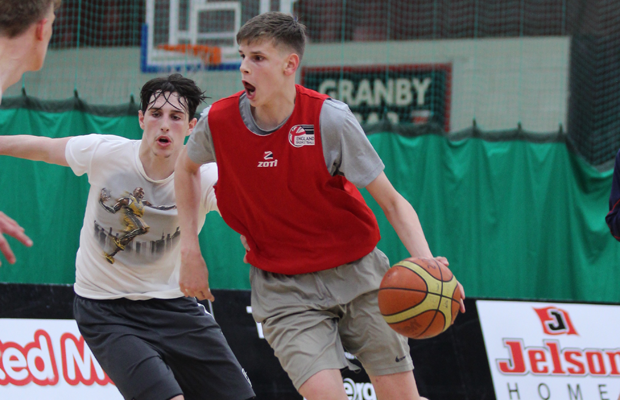 Following this week’s second National Team training camp, Head Coach James Vear has whittled his England Under-16 squad down to 17 players who will go forward to the inaugural Great Britain selection camp in June ahead of the European Championship this summer.

The players shall now vie with their Scottish and Welsh counterparts in two months time for the honour of representing the first ever Great Britain Under-16 squad following the official British Basketball Federation affiliation to FIBA in October last year.

Real Madrid youth star Kareem Queeley is expected to lead the squad, but was unable to attend this week due to being in the US for the Jordan Brand Classic International game to be played tomorrow night.

Queeley, along with Mate Okros and Theo Hughes are the three holdovers from last summer’s England Under-16 squad, whilst a number of players make the step up from the England Under-15 development squad.

“What we have tried to get across to the players in this short period of time is the way that we want to play – both offensively and defensively,” said Head Coach Vear.

“It has been good to get them all playing together so that they know each other’s strengths and weaknesses game-wise. It’s also about instilling a camaraderie and team spirit within the group off the court as well.

“They’ve done a really good job of competing hard against each other. The guys had a good attitude throughout the three days and it has all been very positive.

“We have some great athletes and talented players – anybody can see that. Tactically and technically, we’re fundamentally not as good as some of the other European countries. We can make up for that though with our athleticism a lot of the time.

“I speak to coaches all of the time and they always say how we have amazing athletes, but we’re just not as good as some of the other European countries tactically and technically.

“When we get to that level in the future – and I hope we’re working towards that now – we could be a powerhouse in Europe. The potential is absolutely unbelievable.”