BE Announce U16 & U18 Women Put Forward for GB Selection Camp - Hoopsfix.com

BE Announce U16 & U18 Women Put Forward for GB Selection Camp 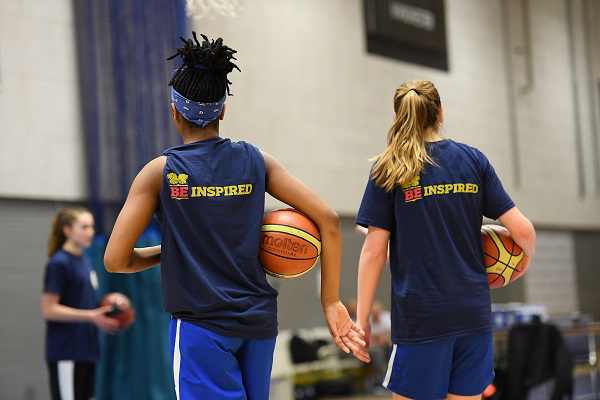 Basketball England have announced the list of players to be put forward for consideration to represent Great Britain’s youth teams this summer.

The second National Team training camp was held this week in Birmingham with BE selecting a group of players to move onto GB’s selection camp in June.

GB have a team at all age groups at this summer’s European Championships with the Under-18’s heading to Dublin, Ireland from 4-13 August, while the Under-16’s playing in Skopje, Macedonia from 17-26 August.

The Under-18s list contains a number of players who have experience of playing in the WBBL with the likes of Holly Winterburn and Daniela Lozzi impressing at that level.

“I hope the girls will have come away from this camp with an even greater understanding of some key principles that we have to follow,” said U18 Head Coach Vanessa Ellis.

“You need to be aggressive and physical on defence in international basketball. You need to understand your specific role on defence and it’s also about defending as a team.

“There are some equally pertinent points to consider on offence and we must build on these fundamental things in the future.

“The players have got to develop very good skill sets as there are certain things you’ve got to do well to play at international level.”

Loren Christie recently had a standout performance for Oaklands Wolves in the WBBL and is included in the Under-16s list in contention to make the GB squad.

“I’m very happy with the camp as the players have delivered their best and both they – and us as a coaching staff – maximised the time that we had together,” said Under-16 Head Coach Matt Harber.

“It has been really good to see the players back on the floor again because we have been apart for a fair while now.

“We’ve been building our relationships with each and every player over the intervening period though and it’s great to see the fruits of their labour now – both from a physical standpoint and also in terms of their development as basketball players.

“It’s a really prestigious honour to represent Great Britain. To play for one of the home nations – be it England, Scotland or Wales – is a massive achievement, but to play for Great Britain is another step.”