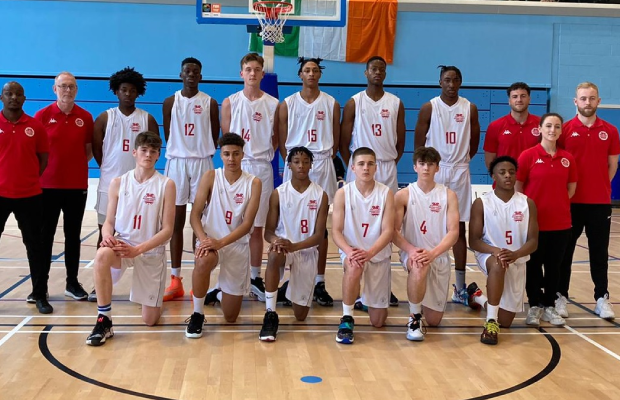 England’s Under-16 Men went 3-0 to sweep the Four Nations Tournament in Dundee, Scotland, over the weekend of 7-8 May.

Billy Beddow took charge as head coach as England battled past Ireland and Scotland on the opening day before an emphatic victory over Wales followed on Sunday to complete an unbeaten tournament.

England edged out Ireland for an opening 69-67 victory as Moziah King-Danchie top scored with 17 points, before adding a further 20 points to help secure a 72-65 win with Shawn Jamison adding 14 points.

On the second day, England signed out in style with a third win from three games as they eased past Wales in a dominant 120-63 behind a 26-point haul from Derelle Desire, who was named tournament MVP.