Soko: If it Wasn't For Prunty I Wouldn't Play for GB - Hoopsfix.com

Support
Home / Administration / Soko: If it Wasn’t For Prunty I Wouldn’t Play for GB

Soko: If it Wasn’t For Prunty I Wouldn’t Play for GB 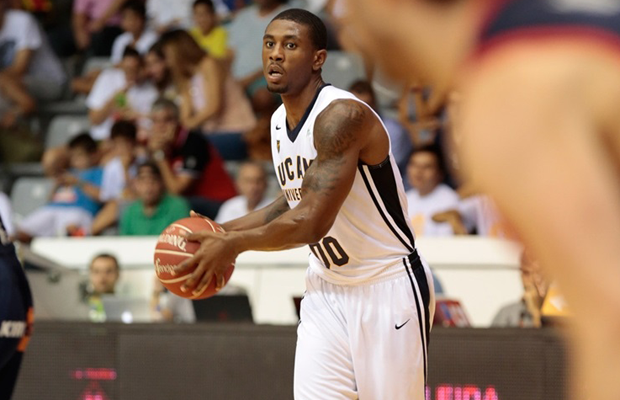 Great Britain Senior player Ovie Soko has lambasted the British Basketball programme, accusing the organisation of using players as and when it suits them, stating Coach Joe Prunty has been their only saving grace in recent years.

In a wide-ranging Hoopsfix Podcast interview to be released on Monday, one of the points discussed was whether or not Soko felt the close-communication culture created by Prunty would leave with the Head Coach when he departs, and if it needs to be led by the programme as opposed to an individual.

“That’s a sad truth, but that’s what it is at this point,” Soko commented.

“Some guys might have a bit more love for the programme than others, because they’ve benefited from the bullshit to be frank with you, but if it wasn’t for Coach Prunty I wouldn’t even think about playing for GB, man, and that’s just genuine.

“It’s just something where 80% of people have been involved with the basketball side of GB just feel like they’ve been used, literally. They just use you until one of the golden boys is ready and then you’ll just get tossed to the wayside again.”

The public criticism is another blow for the British Basketball programme, who have come under increasing fire in recent years from players and fans alike, for a lack of progress and strategy, in particular since the 2012 Olympics. Dan Clark spoke out in September, joining Luol Deng and Drew Sullivan, whilst former BBF Independent Chairman Nick Humby stepped down less than a year into the role in October after disastrous home attendances for the Eurobasket 2017 home qualifiers at the Copper Box.

Soko, who is currently playing for UCAM Murcia in Spain’s ACB, made his Senior Men’s debut in 2015 against New Zealand in an exhibition at the Copper Box, previous to that he represented the Futures Squad in 2013, and was the Under-20s’ leading scorer at the Division B European Championships in 2010.

British Basketball did not respond to a request for comment.

The full podcast with Soko, who does not hold back, will be released on iTunes on Monday, get subscribed here to be amongst the first to listen to the the full 90 minute interview.