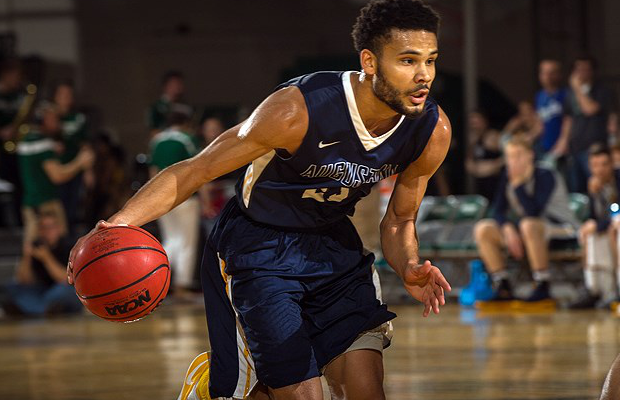 Jordan Spencer set a new career-high with 24 points including 18 in the second-half, although the comeback effort for Augustana fell short last night.

The junior guard – who won the NCAA DII Championship last season – went 7-of-12 from the field in the second half to finish with 24 points in an 82-71 defeat against Northwest Missouri State.

Spencer also dished out four assists and registered a steal in a 39-minute effort with the Vikings now 3-1 on the season.

In an exhibition against Duke earlier this month, Spencer earned praise from legendary Head Coach Mike Krzyzewski on his performance.

Coach K with some high words of praise for @JC_SpencerUK after Duke took on Augustana last week! 🙌🇬🇧🏀 pic.twitter.com/zB1gIQiAHH

Spencer is already averaging 15.3 points per game to go along with 6.3 assists and 4.0 rebounds whilst shooting at 45% from 3-point range.

Jordan Spencer takes one coast to coast for the bucket. Vikings trail 80-68 with 48.1 seconds left #nsicmbb