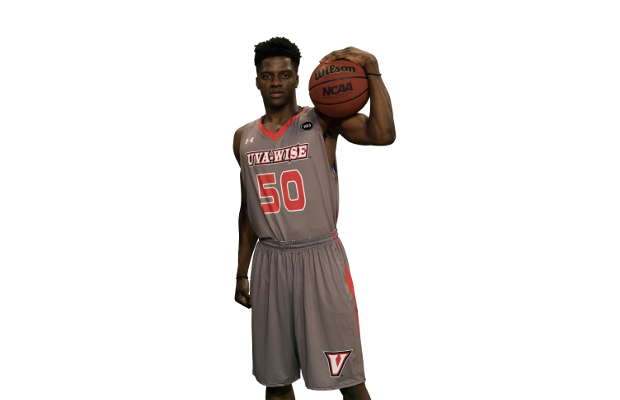 We take a look at how the top British talent got on in the first week of NCAA action as the college basketball regular season got underway.

Taiwo Badmus had a career-night to open the season after posting a huge double-double of 29 points and 21 rebounds whilst recording two blocks in a 100-97 overtime victory for UVa-Wise.

The redshirt junior then scored 17 points in the following game before producing another big double-double with 27 points and 13 rebounds, although this time the Cavs would fall short in the extra period in a 91-96 overtime loss.

Badmus is currently averaging 24.3 points and 14 rebounds in 36.7 minutes per game so far this season.

Ben Lawson contributed eight points and six rebounds in a 79-66 win for Western Kentucky University before helping the Hilltoppers go 2-0 with another eight points along with five rebounds and two blocks in a 74-66 victory over Jacksonville State.

Redshirt freshman Akwasi Yeboah started his first game for Stony Brook and made an immediate impact with 11 points and seven rebounds in a winning start. Karolis Kundrotas produced a career-high of 16 points in a 95-100 loss at home to Charlotte before recording 11 points in a 61-74 road win as Elon went to 2-1.

Dylan Johns made an active start with five rebounds and six rebounds to go with four blocks in an opening 96-72 win for Cal State-Northridge and also had nine points in a 96-69 loss at Stanford. Sophomore guard Dwayne Lautier-Ogunleye began his campaign with 12 points, five boards and two steals to help lead Bradley University to a 70-55 victory.

Terrell Martin-Garcia made his season debut in University of Albany’s third game and posted 11 points along with seven rebounds in a big 97-56 success. Meanwhile, Joe Junior Mvuezolo also netted 11 points in a 93-76 win for Montana State as they improved to 2-1.

Redshirt sophomore Aaron Menzies started and scored seven points in a 76-65 opening win for Seattle and went one better with eight points in a 67-55 loss against Colorado. Junior big-man Kavell Bigby-Williams scored seven points on debut for Oregon in a 91-77 win against Army and also recorded five points and five rebounds in a 76-54 success over Valparaiso.

Danny Evans finished with eight points and six rebounds in a 58-80 win for Maine, while fellow freshman Kyle Carey netted five points in his first competitive game for Northern Colorado in a heavy loss against Butler, before making his mark on a 94-73 victory.

Meanwhile, Luke Nelson has missed the start of the season so far with a hamstring injury and Josh Steel is currently suspended indefinitely, according to the Pittsburgh Post Gazette.

Jordan Spencer won the National Championship with Augustana last season and has helped the Vikings off to a 3-1 start. The ’94-born guard had an all-round 11 points, seven rebounds and six assists in the season opener before netting 19 points in a six-point win.

Spencer also dished out 11 assists in a third straight success before setting a new career-high of 24 points in a first loss after scoring 18 points in a second-half fightback.

Another former GB U20 has made a strong start with Deane Williams racking up two double-doubles to help lead George Regents University Augusta to a 3-0 start. The ex-Bristol Flyers forward tallied 16 points and 14 boards in the season opener and also recorded 13 points and 12 rebounds in his side’s latest victory.

Patrick Whelan netted 22 points on 7-of-10 shooting in a 79-73 win for William Jewell College then followed with 17 points and four assists in an 81-57 success. Evan Walshe made a solid cameo of three points, four rebounds and three assists in 16 minutes as Barry University started the season with a 93-77 victory.