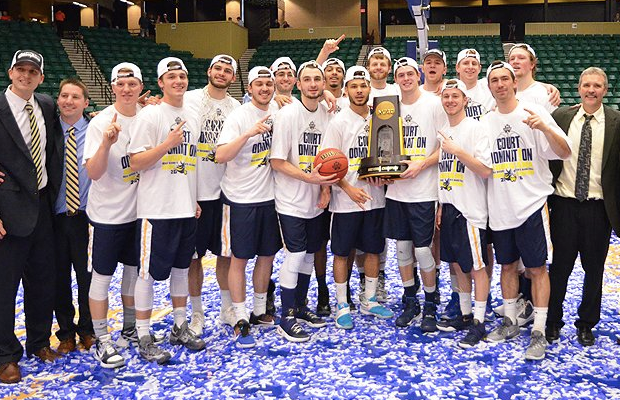 Jordan Spencer has become a National Champion in the States after helping Augustana University triumph in the NCAA DII Championship game, in Texas.

The sophomore guard scored eight points and handed out seven assists as the Vikings secured a 90-81 victory to win the title for the first time in school history.

Spencer had three early assists as Augustana led by as many as nine points in the first with the former GB U20 then recording his 241st assist of the season to set a new single-season record for the school.

The Vikings were up five at 43-38 going into half-time, and maintained their advantage in the second half with Spencer doubling the lead with a big 3-pointer to make it 74-64 with eight minutes remaining.

Augustana finish the season with an impressive 34-2 record as they inflicted just the third loss of the season on No.1 seeds Lincoln Memorial.