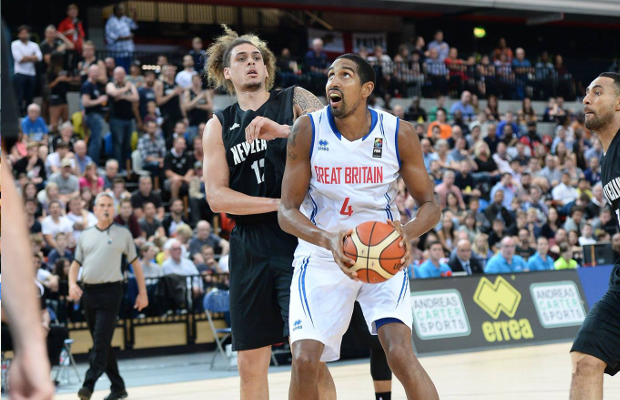 British Basketball have named an initial 24-man GB Senior Men’s roster ahead of an important summer of international action.

Joe Prunty’s side will be cut down to 16 players before heading to camp and then a final 12-man roster will be chosen to go up against Hungary, Luxembourg and Macedonia in a bid to make it to next year’s EuroBasket tournament with the qualifiers taking place in 31 August – 17 September.

Former NBA player Ben Gordon makes another appearance in a GB squad despite never having played for the National team and the 33-year-old has also been out of action since last October.

There are a number of experienced regulars named in the squad with Kieron Achara and Dan Clark once again included, while Ogo Adegboye, Andrew Lawrence and Matthew Bryan-Amaning all return to the fold.

This is the first summer since the modern-era GB began in 2006 that long-serving captain Drew Sullivan is not part of the squad having announced his international retirement earlier this month.

Justin Sears is the only new name in the squad, having just signed with Giessen 46ers in Germany’s BBL after an impressive career at Yale where he picked up Ivy League Player of the Year in 2015 and 2016.

Luol Deng and Joel Freeland are once again not involved, while Myles Hesson is another notable absentee for GB due to club commitments with Devon Van Oostrum and Ovie Soko also not available.

GB faced a summer without competitive fixtures last year as they handed out a number of international debuts in friendly losses against New Zealand, at the Copper Box, and the Netherlands on the road before beating Portugal in their last outing.

The previous summer saw EuroBasket 2015 qualifying disappointment as GB failed to reach the major tournament after suffering home and away defeats against Iceland and Bosnia & Herzegovina.

GB are set to play five warm-up games before starting their EuroBasket 2017 qualifying campaign as they head to Portugal and Slovenia in August.

Prunty’s side then head to Hungary for their opening game before a three games in seven days at the Copper Box Arena in London as they face Macedonia, Luxembourg and Hungary at home in a potentially crucial week.

The qualifying campaign concludes with road trips to Macedonia and Luxembourg with the group winners earning an automatic spot into EuroBasket 2017, while four of the seven group runners-up will also qualify.

All of the home qualifying games will also be part of a wider ‘Festival of Basketball’ which will take place in both Manchester and London. Tickets for GB’s home qualifiers are available HERE.