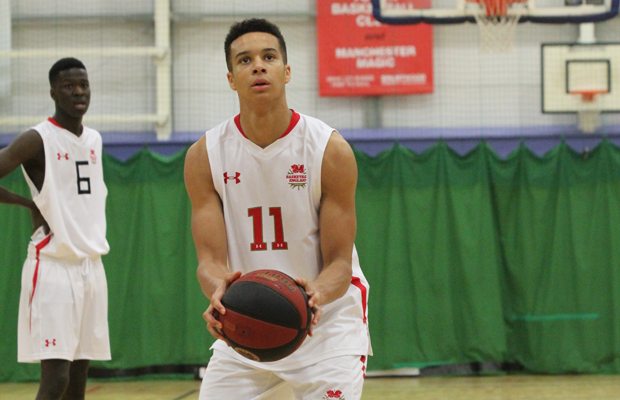 England Under-18’s recorded their second win in as many days against the Netherlands after edging towards a 56-54 victory, last night.

Steve Bucknall’s side go 2-0 up in the series ahead of the final game this morning (Friday) as they continue their preparations ahead of this summer’s European Championships.

It was the home side who enjoyed the stronger start and a trio of triples in the opening period helped them move into a 17-10 advantage having led by as many as 11 points at one stage.

England used a 13-2 run across the quarter breaks to tie the game with Josh Apple scoring six consecutive points during the bright spell for the visitors. Amabilino pushed his side ahead late into the half with England conceding just three points in the period as they took a 23-20 lead into half-time.

The teams traded baskets early in the third and it was Dan Akin’s turn to score three baskets in a row as England led by as many as five, but found themselves heading into the fourth level at 37-37.

Tordoff started the fourth with the opening four points in a 6-0 run to hand England the initiative although the lead would change hands throughout the final 10 minutes.

Amabilino netted England’s first three only for the hosts to answer straight back with the game moving into the final minute tied at 52-52 before Game 1 hero RJ Eytle-Rock edged his side ahead for the final time with a three-point play and Mitchell split a pair of free throws which was enough for the win.

England U18s conclude their series with their third game against the Netherlands this morning.