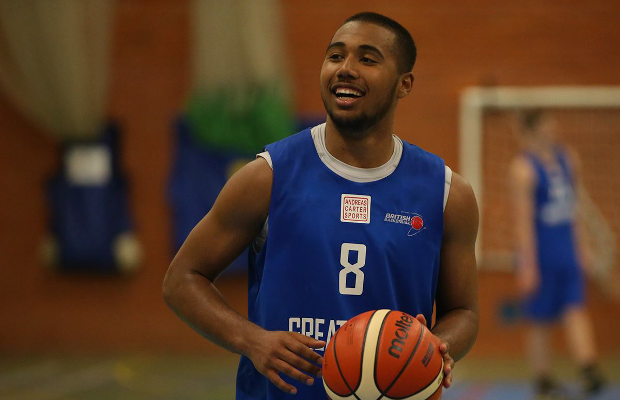 Great Britain Under-20’s have been dealt a blow ahead of their Division B campaign at the European Championships after they confirmed that Dwayne Lautier-Ogunleye has been ruled out of the major tournament due to a foot injury.

DLO had been named in Andreas Kapoulas’ 12-man roster for the Euro campaign in Chalkida and was expected to play a key role for the side.

The Bradley University guard has been replaced by Scottish forward Fraser Malcolm, who was one of the final cuts made at the end of last week.

“These are very unfortunate circumstances, for this injury to take place a couple of days before the European Championship, and we’re going to be helping him through the process of his recovery and making sure he is ready for his NCAA season in October.”

Meanwhile, it was also announced that Jules Dang Akodo has been named as captain of the GB U20s following on from Luke Nelson who filled the role in the summer of 2015.

GB finished their preparation games 2-3 after a defeat against Portugal on Tuesday and play their first game at the European Championships on Friday, against Albania.