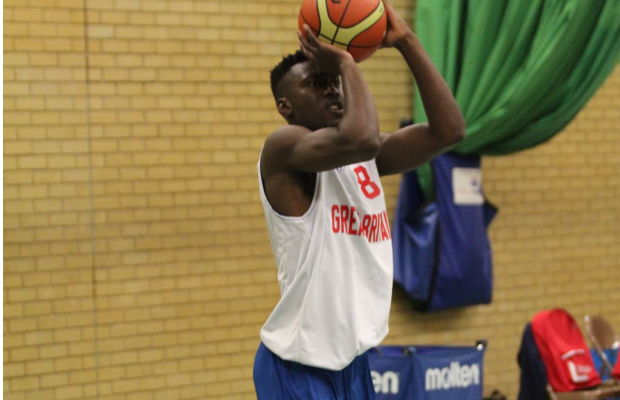 Great Britain Under-20’s completed their warm-up games ahead of the European Championships with a 59-53 loss against Portugal on Tuesday evening, in Greece.

Andreas Kapoulas’ side defeated Portugal when the two teams met in Anadia, Portugal last week but their second defeat in as many days sees GB finish 2-3 in preparation.

Portugal raced into a 5-1 lead before a basket from Sam Idowu was followed by a Carey triple to give GB their first lead of the game. The contest was tied at 10-10 six minutes in, but Portugal put together a 13-1 close to build a 23-11 advantage at the end of the opening quarter.

Two free throws opened the second to extend the gap to 14 points, but GB held their opponents scoreless for the next six minutes whilst putting together a 13-0 run.

Dang Akodo soon after netted a three to fire GB back in front before Portugal edged back ahead to lead 32-28 at half-time.

GB quickly levelled when play resumed as an even third period played out. The final five points went to GB as they trailed by a single point heading into the final quarter.

Deane Williams and Dang Akodo scored to start the fourth which put GB ahead at 46-43, but Portugal would re-take the lead past the midway point in the period and were able to hold on down the stretch.

GB U20s start their Division B campaign at the European Championships in Chalkida on Friday with their first game against Albania.