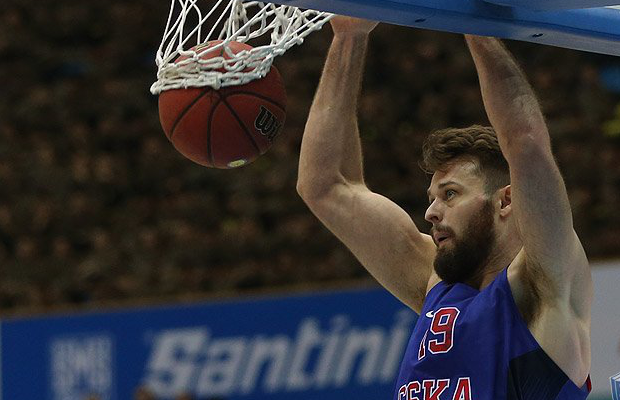 In the NBA, Luol Deng scored 20 points in two of his four games this past week as Miami Heat (39-28) went 2-2 as they are now positioned fourth in the Eastern Conference. Deng is currently averaging 16.6 points per game in March – his best monthly average this season.

Joel Freeland produced a season-high 26 points on 11-of-14 shooting to lead CSKA Moscow (24-2) to a comfortable 81-96 victory in the VTB on Sunday. In midweek, the Russian side had been edged out 100-98 in overtime by Barcelona with Freeland adding five points and four boards from the bench.

Soles are going to a deciding fifth game in the opening round of the LNBP Playoffs in Mexico with their series tied at 2-2. Aaron Geramipoor scored 12 points in 11 minutes to help Soles into a 1-0 lead, before Matthew Bryan-Amaning netted 17 in the next game to double his side’s advantage. MBA scored 24 points in vain in a Game 3 defeat, and Soles would also drop Game 4 by a two-point margin.

Experienced forward Dan Clark had an impressive game against Spanish giants Real Madrid with 14 points and five rebounds in a tough 107-78 loss for Andorra (10-13) in Liga Endesa action. Joe Hart contributed four points, five rebounds and four assists for Araberri (15-7), but they fell to a 79-82 defeat in LEB Silver.

Myles Hesson scored five points in 13 minutes as Dijon (14-9) claimed a narrow 76-78 victory on the road at the weekend to boost their Pro-A playoffs chances. In France’s Pro B, Laurence Ekperigin top scored with 17 points and added 10 rebounds, although Poitiers (11-10) were beaten 68-63 away from home. There was an all-Brits clash in NM1 with Eric Boateng helping Blois (22-4) to a 72-65 win against Angers (12-14) with five points and eight boards, while Gareth Murray scored eight points in defeat.

Gabe Olaseni went up against his parent club, Bamberg, in the German BBL and netted 12 points as his loan side Giessen 46ers (12-12) were brushed aside, 82-58. In Greece, Devon Van Oostrum recorded 11 points and dished out eight assists in a 79-67 defeat for Arkadikos (5-17), while Ovie Soko racked up 25 points against Euroleague opposition as Trikala (7-15) were beaten 81-98 at home to Panithanikos. In A2, Robert Gilchrist had seven points and eight rebounds in an 80-64 loss for Peristeri (4-10).

In the Netherlands, Ali Fraser netted 17 points on 8-of-10 shooting from the field, while Nigel Van Oostrum added 14 points along with 12 assists and seven rebounds in an 88-74 victory for Leeuwarden (8-14).

Shore Adenekan‘s rookie season came to an end despite scoring seven points as Iskra Svit fell to a 3-0 series defeat in the first round of Slovakia’s playoffs. Elsewhere, Kyle Johnson scored 12 points off the bench in an 81-69 victory for Novipiu Casale (12-13) in Italy’s Serie A2.