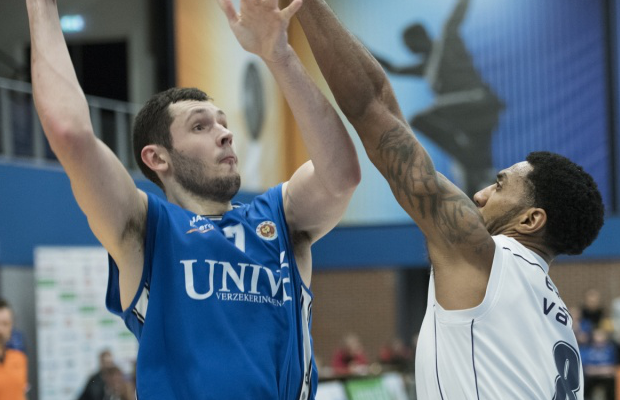 Luol Deng helped Miami Heat (37-26) to four straight wins in the past week with double-digit scores in each of their victories, including 20 points against his former side, Chicago Bulls. The 30-year-old also had 14 points, 12 rebounds and four assists in a 5-point win against Philadelphia 76ers.

Joel Freeland came off the bench and made all three of his attempts from the field as CSKA Moscow claimed an impressive 96-87 win away at Real Madrid. The forward also netted 10 points in a 100-89 victory at the weekend as the Russian side improved to 23-2 at the top of the VTB.

GB forward Dan Clark had nine points and six rebounds to help Andorra (10-12) to an 84-82 win in Liga Endesa action, while Christian Behrens made his LEB Gold debut for Burgos at the weekend. In LEB Silver, Joe Hart scored seven points as Araberri (15-6) claimed a 91-77 success away from home to remain second in the third division.

In the German BBL, Gabe Olaseni finished with nine points and five boards as Giessen 46ers (12-11) edged their way to a 76-74 victory on the road. Ali Fraser narrowly missed out on a double-double after putting up 16 points and nine rebounds, although Leeuwarden (7-14) fell to a 59-70 loss in the Netherlands with Nigel Van Oostrum adding five points and five assists.

Robert Gilchrist contributed 14 points and eight rebounds to a 73-64 win for Peristeri (4-10) in Greece’s A2 with Fahro Alihodzic scoring six points in 12 minutes as Promitheas (13-5) continued their strong league form with an 80-76 victory.

Also, Ovie Soko has joined Italian Serie A side Varese, but will only play in the FIBA Europe Cup with his new side currently in the quarter-finals, which starts next week.