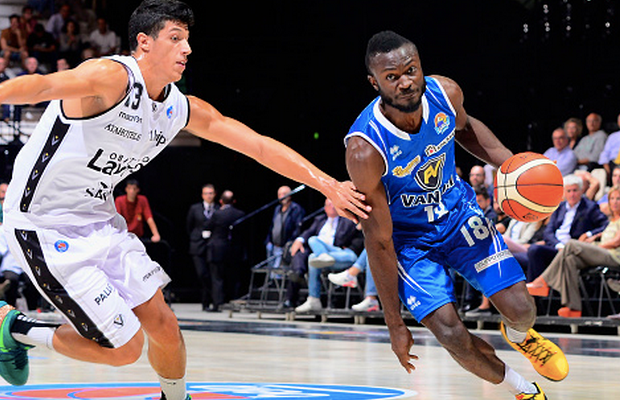 Ogo Adegboye has signed an official deal with Serie A side Vanoli Cremona until the end of November, the club confirmed, having spent pre-season with the Italians.

The recently turned 28-year-old did enough to impress the club during training camp and will provide injury cover during the two-month deal while Vanoli have an option to extend the contract until the end of the season, according to Sportando.

Adegboye joined Greek side Aris on an initial short-term deal last season, before ending up staying with the club for the remainder of the season; helping them into the playoffs.

Two fellow Brits spent pre-season in Italy along with Adegboye, with rookie Will Saunders since signing in Hungary with Alba, while Kyle Johnson remains un-signed as of yet.

Last season, Vanoli finished 12th in the Serie A standings, missing out on the post-season with 12-18 record during the regular season.