Devon van Oostrum Loaned Out to Greek Side Arkadikos - Hoopsfix.com

Devon van Oostrum Loaned Out to Greek Side Arkadikos 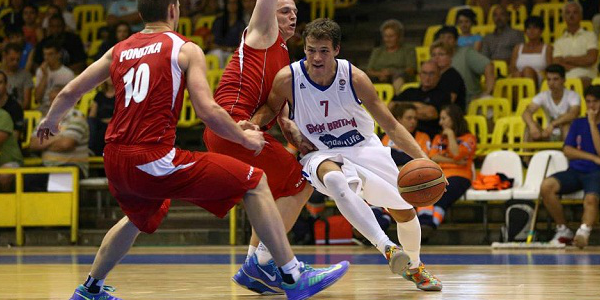 Devon van Oostrum is heading out on loan again this season after joining promoted side Arkadikos in the Greek top-flight, it has been confirmed.

The 22-year-old point guard spent last season at four different clubs including a one-game spell in the BBL with Leeds Force.

DVO finished the season back in Spain with LEB Gold side Penas Huescas, where he averaged 10.3 points per game, and now heads to Greece to join the A-1 league’s new additions.

Arkadikos finished second in the A-2 league with a 19-7 record and earned promotion to the top-flight.

Van Oostrum also had short spells at Cibona and Kouvot in Croatia and Finland respectively and will hope for a more stable run this season in order to showcase his undoubted talent.

This summer marked the first time that DVO did not feature on a National Team since making his debut for England at the 2008 Under-16 European Championships after not being considered for selection by the GB Senior side.