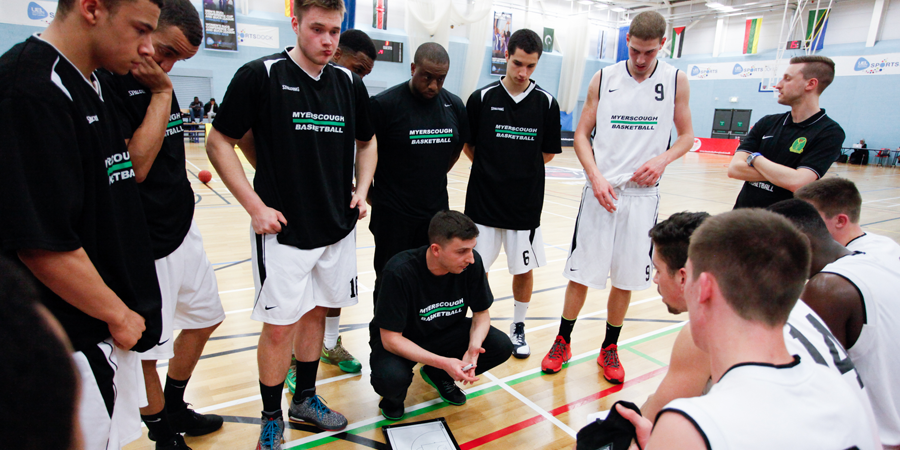 Lancashire Spinners have appointed Neal Hopkins as their new Head Coach with Steven Gayle deciding to focus solely on playing ahead of the club’s first season in NBL Division 1.

Hopkins will continue his role in charge of Myerscough College (promoted to Division 3), and plans to give his best academy players the opportunity to play in Division 1, in similar fashion to Barking Abbey with Kent Crusaders – who won the playoffs title with a predominantly under-19 squad.

“The team behind the scenes at Spinners have done an outstanding job building a fantastic programme.” said Hopkins. “I am highly ambitious as is everyone involved with the Spinners, it is going to be a pleasure to lead the team during our first year in Division 1.

“From day one, I have been committed to the development of a pathway that allows players to express themselves and grow, this is certainly something that the Spinners have actively been doing and have embraced – this common ground made the decision easy for me.”

Hopkins has also had stints as an assistant coach in the BBL with Mersey Tigers, and most recently Manchester Giants. The play-caller is held in high regard as a promising young coach, and led Myerscough College to the EABL Championship title earlier this month.

“Neal is a top talent and in my opinion one of the best coaches in the UK,” Spinners General Manager, Ken Masser added. “He has shown his ability in leading Myerscough college to multiple successes and is highly regarded by many of the BBL players he has worked with.

“Our club is deeply committed to developing basketball in Lancashire and in developing young British players and I’m proud to now be handing an opportunity to a young local coach and giving him the opportunity to show his talent at the highest level. I’m confident he’ll bring a level of professionalism to our coaching team that will really benefit us on and off the floor.”

The Spinners enjoyed a successful 2014-15 season after winning the Patrons Cup title, and going on to secure promotion to Division 1 for the first time.

Hopkins will lead the U19 White Team in this weekend’s Hoopsfix All-Star Classic. More info here.