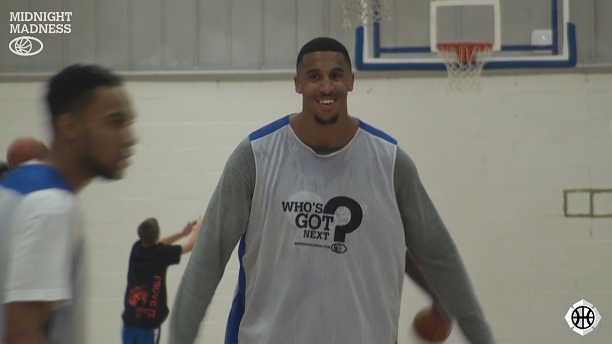 Up in Leeds for summer workouts, incredible British talent Ryan Richards showed up at the Midnight Madness Leeds qualifier at Leeds Metropolitan University.

Richards, at a legit 7 feet tall, showed off his unreal skill set, knocking down jumpers out to the three point line, handling the ball, making good passes and adding a couple of dunks for good measure.

Richards has signed with BC Zepter Vienna next season – the same team he won a championship with in 2013.