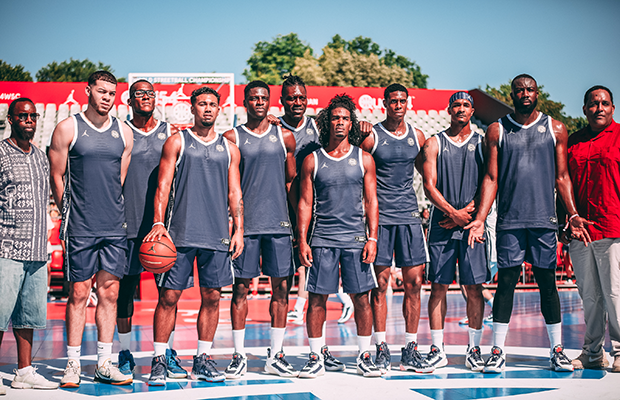 Midnight Madness are once again set to represent the UK at Quai 54, the world’s biggest streetball tournament taking place in Paris, France, this weekend.

For the first time they will also be taking a women’s team, after the tournament added a female division in 2021. Both rosters are stacked with British talent with numerous GB internationals suiting up. 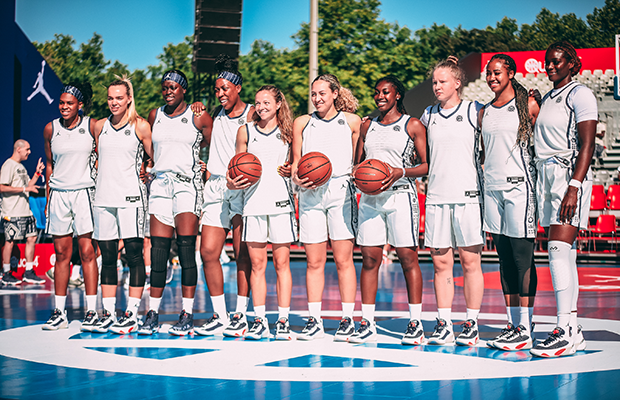 The men’s tournament will feature a total of 16 teams, while the women’s competition has 8, as they compete against each other over the course of two days in a straight knockout format, battling on the custom-built outdoor court for the chance to win the World Streetball Championship.

“We’re excited to be invited back out to the biggest streetball competition in the world again this summer,” Midnight Madness founder Nhamo Shire told Hoopsfix.

“After the pandemic took it all away, it’s going to feel like a family reunion catching up with all of our friends and on-court rivals over in Paris. The platform Brand Jordan and Nike put on is second to none and really gives our players here in the UK an opportunity to be seen and appreciated by a global audience, so we are both appreciative and hungry to compete in equal measure.

“This year we get to bring a women’s team out for the first time, which is exciting for me. We’ve been doing alot at the grassroots level for the girls game with the WCBL, with my other hat on, so to be able to showcase some of the best players in the country on this state is amazing.

“For the men, we know all there is to know about how to play in Paris, what we need to do and the keys to success at Quai 54. There are always somethings out of our control, but we go in expecting to compete for the chip and I think we’ve got a well-balanced, multi-positional team who can compete on both sides of the ball. We stay humble, but the coaches and team are hungry to do something special this year.”

Keep up to date with the tournament on Quai 54’s social media @quai54wsc.