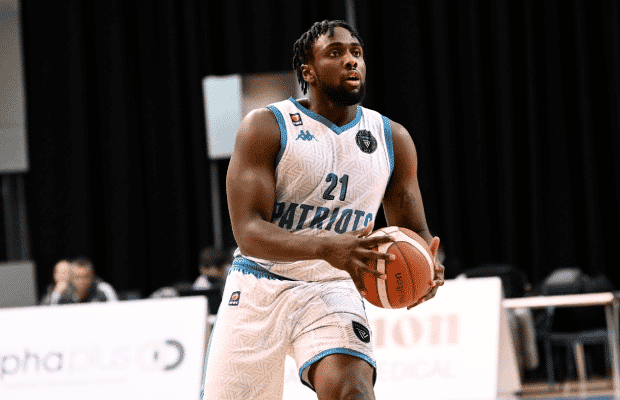 Newcastle Eagles have made their first signing under Marc Steutel by brining in Rowell Graham-Bell.

The Londoner joins the North-East club after impressing at Plymouth City Patriots with averages of 14.8 points and 7.1 rebounds per game last season.

Graham-Bell reunites with former GB Under-20 head coach Steutel and is looking forward to the upcoming campaign.

“It feels great to be playing for this club and I hope the fans are excited to start the season,” said Graham-Bell.

“The Eagles have always been a team that’s in the conversation for me and I’ve heard nothing but good things about Newcastle, which made the decision to come here easy.

“I hope to bring the full package of offence, defence and energy. I take pride in doing all these things to the best of my ability and I can say without a doubt those skills have increased and will continue to.”

The Eagles will be without long-term star point guard Rahmon Fletcher after he joined Manchester Giants.