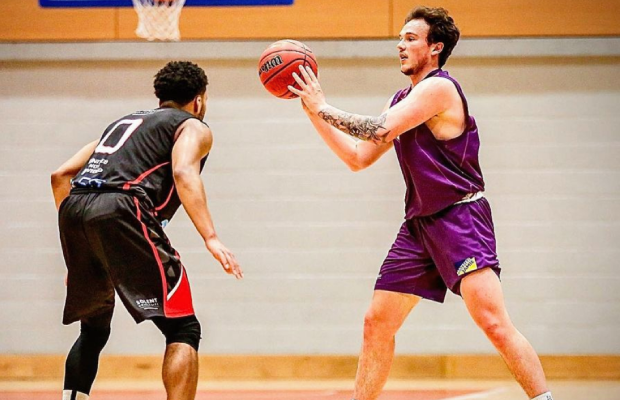 Kyle Jimenez will return to his native Scotland for the 2022-23 season after signing with Glasgow Rocks in a step up to the BBL.

The 1998-born guard has been one of the top playmaking guards in NBL Division 1 in recent seasons having spent three years at Loughborough Riders before making the switch to Nottingham Hoods.

Jimenez averaged 10+ assists per game in his final season with the Riders back in 2020-21 and now links back up with fellow 3×3 internationals on the Rocks squad.

“Kyle has shown that he can be a playmaker and scorer when needed, so the challenge that he wanted and I believe he can do is to step up to the BBL and play with the same confidence,” said Gareth Murray, via release.

“Growing up in Edinburgh, and coming through the Edinburgh Kings pathway, playing for Scotland in two Commonwealth Games, and now having some valuable experience leading and competing at a high level, I feel he is ready to be a contributor for the Glasgow Rocks.”

Jimenez joins new signing Patrick Tape on the roster for the upcoming season.