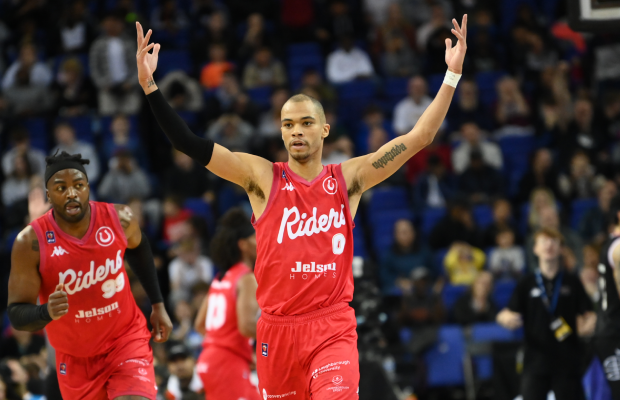 Geno Crandall is back for a third successive season with Leicester Riders after re-signing with the club ahead of the 2022-23 campaign.

The retention of the back-to-back BBL league MVP provides a major boost to the club’s European ambitions as they prepare for the Basketball Champions League qualifiers.

Crandall averaged 13.1 points and 6.8 assists per game in his second season in the league after playing a major role in the club’s success.

“I’ve always wanted to challenge myself to reach the highest levels I can as a player and entering into European competition gives me the opportunity to do that,” he said, via release.

Crandall also claimed the MVP award in the Cup and Playoffs finals having helped the Riders complete a treble with their triumph at The O2 in May.

The American guard becomes the seventh confirmed player on the roster for next season with five other returning players as well as young talent Blake Bowman from Derby.