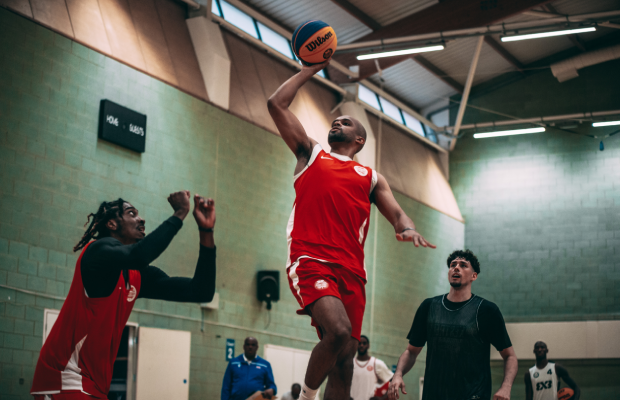 Team England 3×3 head coaches Stef Collins and Julius Joseph have named six-player squads for the next step for the upcoming Belgrade tournament in preparation for the Birmingham Commonwealth Games.

Myles Hesson and Danny Evans have been added to the men’s roster and Shequila Joseph and Abby Lowe join the women’s group that represented Great Britain at last weekend’s FIBA 3×3 Europe Cup Qualifiers as England head to Belgrade to face international opponents on 11 and 12 June.

“The team has made good progress as we journey to Serbia for this phase of our preparation,” GB Men’s Head Coach Julius Joseph said. “The camp will give us the opportunity to train and complete with the world’s best and will be a stern test for the guys.

“We welcome Myles Hesson and Danny Evans into camp as we continue to develop our squad in preparation for the Commonwealth Games.”

“The training camp and tournament in Serbia will be an important part of our preparation. There will be a great mix of countries who will challenge us and provide a highly competitive two days of games.

“We look forward to bringing in Shequila and Abby as they will add value to the squad as we continue to build and grow as a team heading into the Commonwealth Games.”

The GB men reached the semi-finals in Constanta and the women the quarters – with the coaches using expanded squads in Belgrade as they make further assessments ahead of the final selections for the Commonwealth Games.

Only four can play in each game with the coaches rotating the players as they continue to explore their options following an invitational camp last week and the trip to Romania.

The players will attend a practice camp at Novi Sad, Serbia before heading to the National Team Tournament in Belgrade.

That will be followed by a further competition – the Big 12 in Voiron, France – before two squads of four are confirmed later this month in conjunction with Team England.

With preparation complete, the teams will take part in the 3×3 competition at Birmingham 2022 between July 29 and 2 August.

Day one will be played in pools with a knockout phase and classification games on day two. Schedule HERE