Basketball Hall of Fame London Showcase at the O2 re-announced 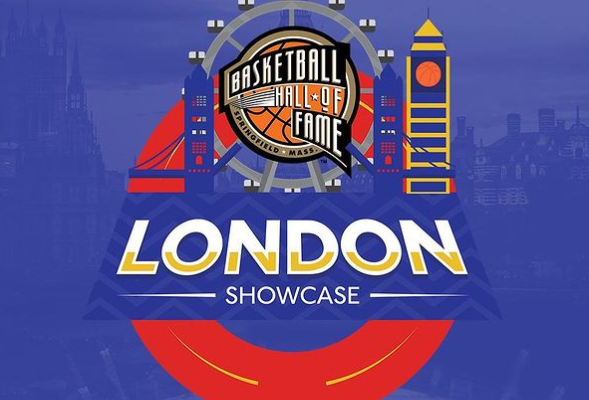 The event will mark the first college basketball game ever played at O2 arena, which is globally renowned for being the busiest arena in the world.

Originally scheduled for December 6, 2020, the event was postponed for concerns surrounding the COVID-19 pandemic.

Basketball Hall of Fame London Showcase to be Hosted at @TheO2 Arena.@hoophallu | #BHOFGlobal

“We were disappointed to postpone our event in 2020, but could not be more excited to get the inaugural games underway soon. The O2 is a beautiful, world-class venue and we expect many U.S.-based fans will make the trip to enjoy its amenities and support their teams abroad. We’re also looking forward to showcasing collegiate hoops to the local fans and growing the appreciation for basketball at all levels worldwide.”

There are currently no Brits on any of the four rosters scheduled to suit up in their home country.

Had the event been played with its original scheduled dates and teams three Brits would have been scheduled to play in their home country – UMBC’s RJ Eytle-Rock and Dan Akin and Marist’s Zion Tordoff, all of whom will now have either graduated (two from different schools).

“We are honoured to be hosting the Basketball Hall of Fame London Showcase at The O2 this December,” Gael Caselli, VP of Sports, AEG Europe commented.

“Fans from around the world will come to celebrate basketball and enjoy the excitement and experience of college basketball in our world class venue for the very first time, as we look forward to welcoming teams from Kentucky, Michigan, Marist and Maine as part of this inaugural event.”

The Basketball Hall of Fame London Showcase is one event in the Hall of Fame’s series of collegiate events, which continues to grow in an effort to celebrate the game outside the museum walls.

Tickets for the Basketball Hall of Fame London Showcase will go on-sale to the general public on Friday, March 4, 2022, at 9:00 a.m. London time via AXS.com and The O2 arena box office. A special O2 Arena presale will be available starting Thursday, March 3rd. Television broadcast information will be released at a later date.